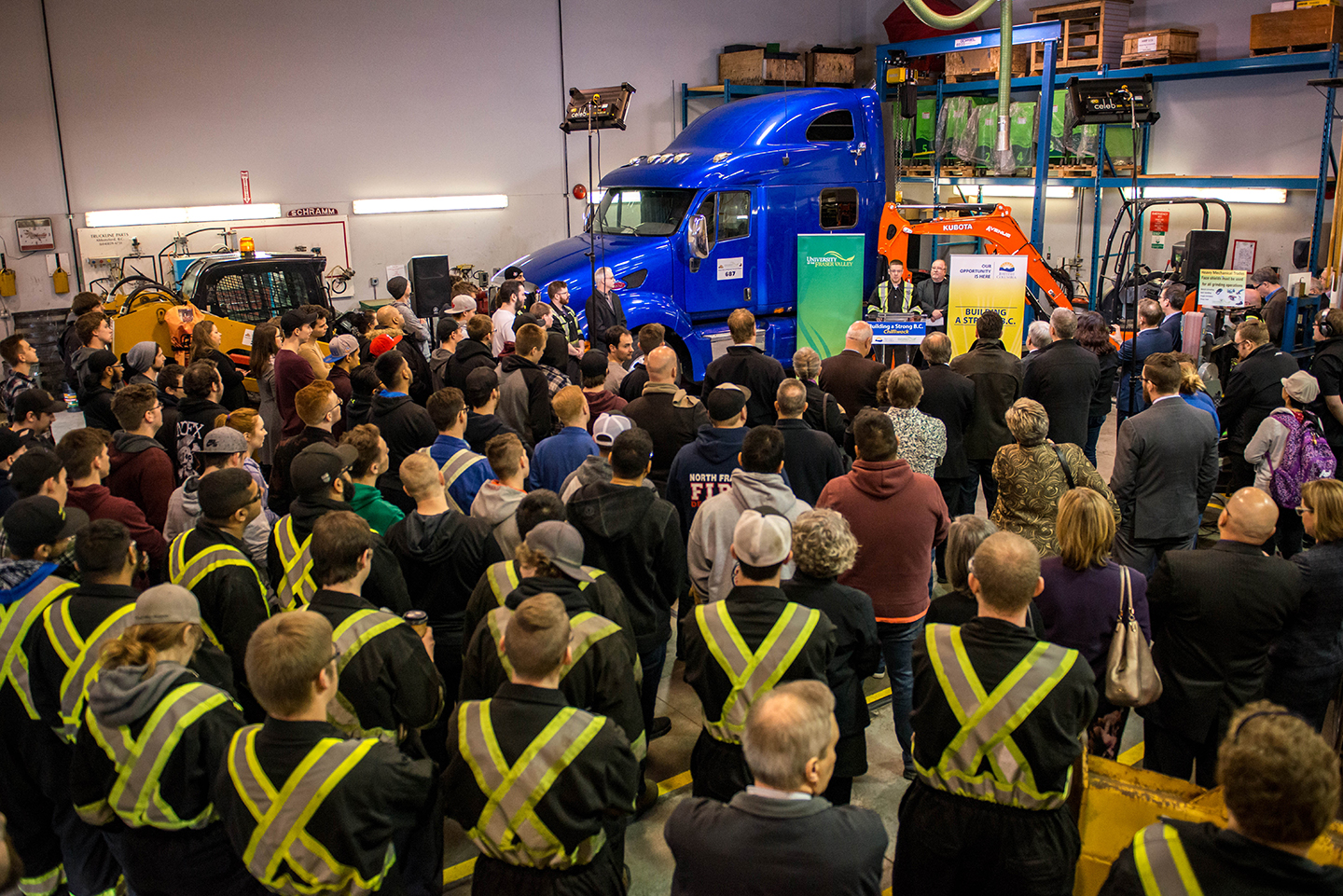 CHILLIWACK – Students at the University of the Fraser Valley will soon have access to 24,000-square-feet of teaching and shop space for heavy-mechanical and farm-technology programs to meet the growing demands for trades in the community.

The $6.5-million project will accommodate students in the heavy-mechanical foundation and apprentice programs at the Canada Education Park in Chilliwack. The expanded area will feature a large shop space, classrooms, and offices. Part of the funding will also support the purchase of trades equipment such as an overhead crane and other machinery found in heavy industry. 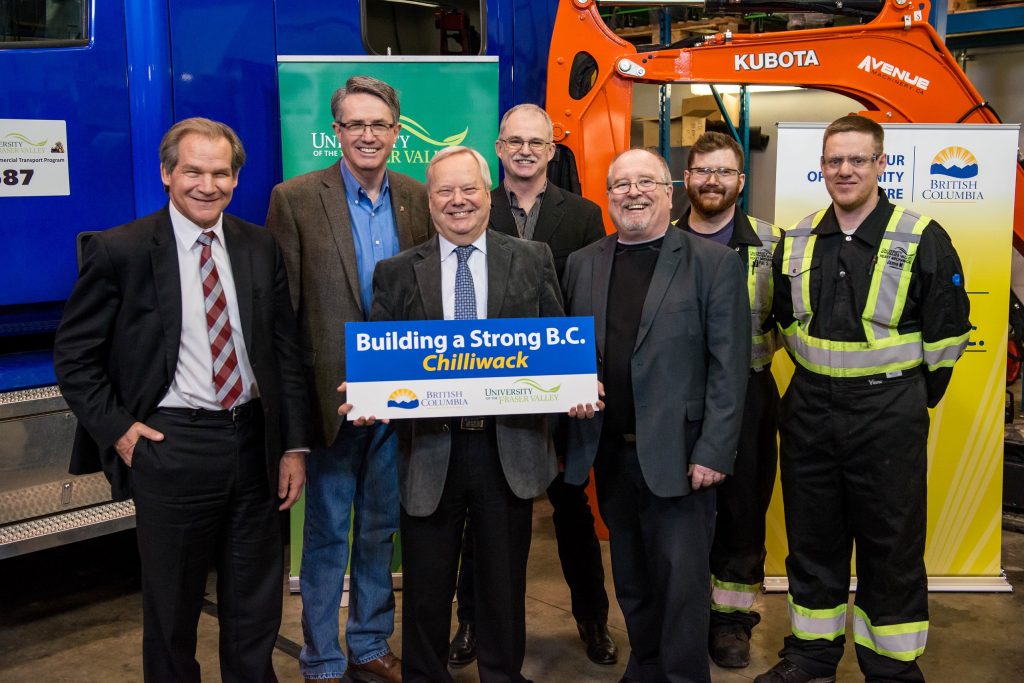 Jamie McLellan, a first year Heavy Mechanical foundation student who recently left a career in information technology, was enthusiastic about the changes. 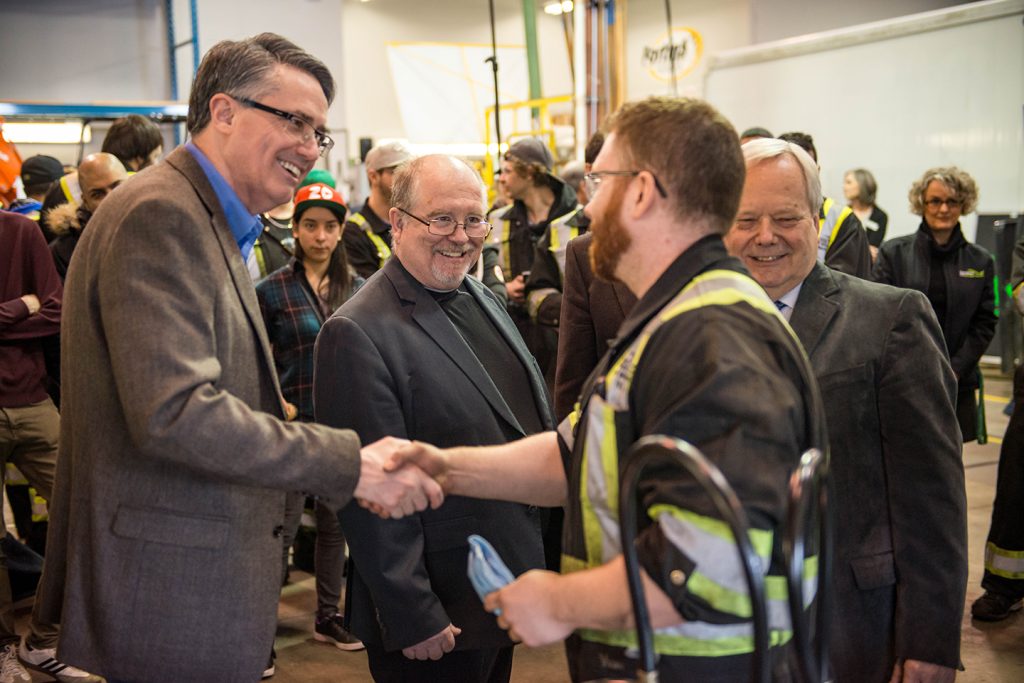 “On behalf of all of us at UFV, I thank the B.C. government for this funding to expand the applied and technical training that is so vital to the success of our graduates and the industries these professionals will serve. It is a great investment in the economic development of our province, and we are pleased to be able to do our part,” said Mark Evered, President of UFV. 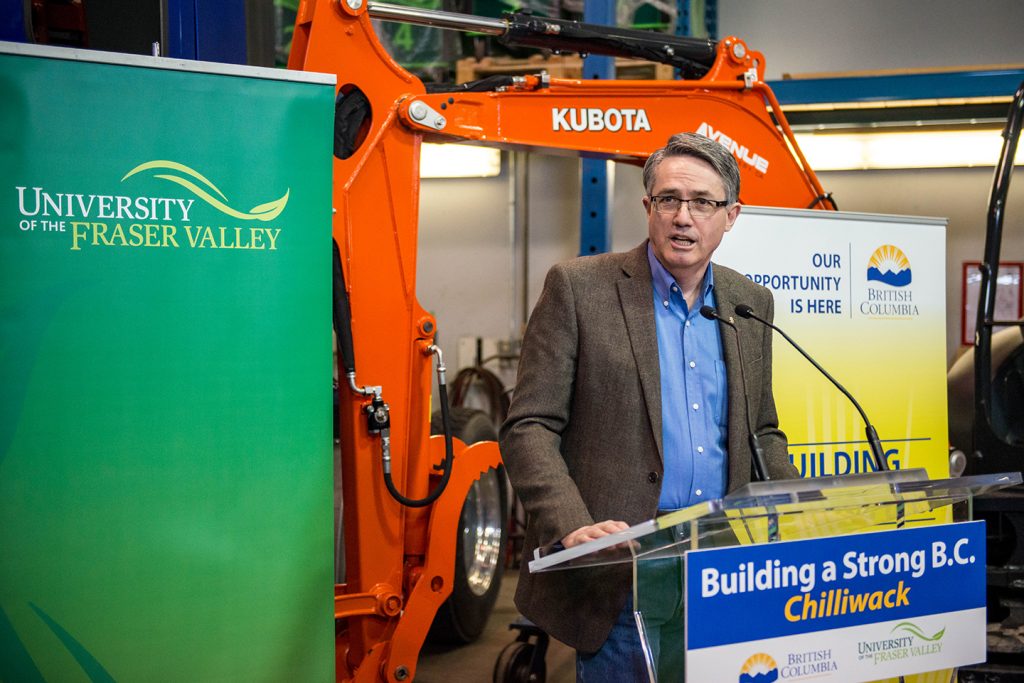 “The announcement today by our government of $5.5 million towards a new heavy-mechanical and farm-technology centre at UFV supports the local economy by providing skilled graduates who will work directly with industry right here in the Fraser Valley,” said Laurie Throness, MLA for Chilliwack-Hope.

UFV will be providing $1 million towards the project with government providing the remainder.

“The new mechanical and farm-technology centre will allow students to be able to complete their entire studies and apprenticeships all in one location and in their home community,” explained John Martin, MLA for Chilliwack.

The announcement was held in the existing heavy mechanical shop which houses the first two levels of apprenticeship training.

“This funding will attract many more young people into trades here in the Fraser Valley. This expansion provides additional room for equipment and further opportunities for young people to take foundation programs and to move into full apprenticeship programs. With a full heavy-duty mechanical-trade apprenticeship program available here in Chilliwack, there will be greater flexibility for students in this area and from around the province to get into the classes they need, when they are needed,” said Gerald Tocher of First Truck Centre.

A total of over $18.6 million in capital funding from the Province of British Columbia has already been directed and committed towards UFV since 2012-13. Projects include renovations to a variety of buildings in Abbotsford and Chilliwack, including $1 million for new facilities to house the Agriculture Centre of Excellence at the Canada Education Park at UFV.

The B.C. government is making record investments in modern, safe infrastructure projects throughout the province, and in doing so, these construction projects are creating high-paying, family-supporting jobs. These investments are possible because of the fiscal plan of the B.C. government.