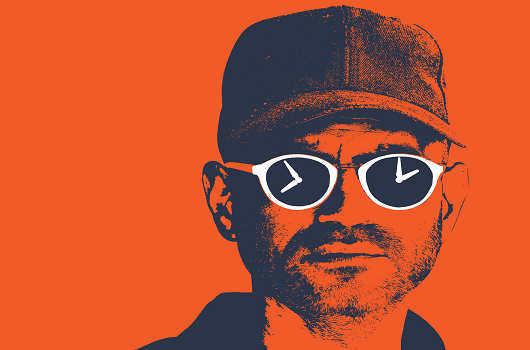 Jonathan Goldstein, podcaster extraordinaire, is hosted by UFV by CiVl 101.7 FM on April 2

Jonathan Goldstein wraps up CIVL 101.7 FM’s mini-school lecture series with a presentation followed by a question and answer session. He’ll reflect on his career, the practice of making radio and podcasts, and his new show Heavyweight,

Goldstein’s writing has appeared in the New York Times Magazine, Reader’s Digest, The Believer and GQ. He’s a frequent contributor to This American Life, a columnist for the National Post newspaper, and was host and creator of Wiretap which ran on CBC radio for 11 years. He’s also the author of several books, most recently the memoir, I’ll Seize the Day Tomorrow. His new podcast series Heavyweight was named a top podcast of 2016 by iTunes and the #1 podcast of the year by The Atlantic. The show has also received effusive coverage from Elle, Wired, Nylon, USA Today, The Financial Times, AV Club, and The Guardian among others.

Moderated by Cited’s Gordon Katic in partnership with CIVL, the presentation will feature some of the best clips from Wiretap, and excerpts from Goldstein’s podcast.

The event is free and open to the public.

This is the third in a three-part event series to coincide with the CIVL 101.7FM Mini-School. These events are designed to bring stories and to support community arts and culture in Abbotsford. This event is free and open to the public.