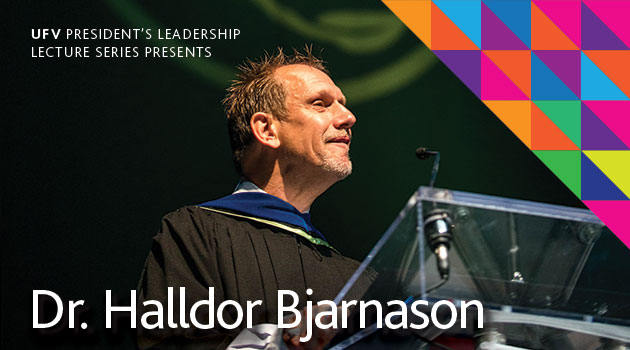 Bjarnason will speak at 4:30 pm in the Student Union Building. Admission is free and the public is welcome.

His topic will be spotting and seizing opportunities.

Bjarnason knows all about overcoming barriers and persevering to seize opportunities. The cerebral palsy he was born with affects his movement and his speech. It crushed his dream of becoming a firefighter, a profession for which he still cares deeply.

Find our more about Bjarnason here.