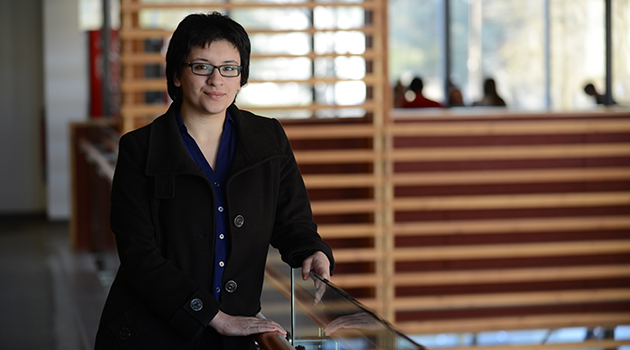 She ran a marathon on the Great Wall of China after ice-climbing Rocky Mountain glaciers and shaving her head for cancer research, so it might be hard to believe Sukhi Brar started at UFV as a quiet, introspective student.

“I decided I didn’t want to be that quiet person in university anymore,” she says.

“So I got out there and made things happen.”

Living at UFV’s Baker House while working as a resident’s assistant in 2014, Sukhi and other RAs were overwhelmed by the number of people they knew who were touched by cancer, so they shaved their heads and raised more than $4,000 – well above a goal of $2,500.

If that wasn’t enough, she served as a proud member of UFV’s Board of Governors.

“It’s probably the best environment I’ve ever experienced at any board level. Everyone is so respectful and collaborative.”

After taking time to declare a major, Sukhi’s studying for a degree in Kinesiology and Physical Education.

“There’s an applied aspect to it that I didn’t see in pure sciences,” she explains.

“I love utilizing my education and research in real-world environments.”

She says UFV helped her every step of the way.

“When you’re in a big university classroom it’s really one-sided; you’re being lectured to. But here people want to know my opinion. It’s a more involved way of learning,” she explains, naming Roger Friesen among her most cherished UFV professors.

“I’m a really curious person and I wanted to be a really well-rounded student. People like Roger helped make that happen through UFV’s smaller class sizes and huge range of extra-curricular opportunities. If I just went to class and returned home I’d miss out on so much learning that’s outside the classroom,” she says.

“It’s hard to find out what capacity you have if you’re just doing classroom work.”

Before being elected as SUS VP External, then President, Sukhi didn’t have concrete plans after graduating in 2016. Now, because of her SUS commitments she’ll graduate in 2017 with an eye on law school, concentrating on human rights. It’s a direct result of the advocacy work she learned to love through SUS.

“I like bringing the student voice to discussions and helping shape policy at all levels,” she says.

“I found what I want to do because of my involvement with SUS.”

Running for student office is one thing – but running the Great Wall? Not all it’s cracked up to be.

“The stairs aren’t well maintained and the whole thing kind of breaks apart in places.

“It was a crazy idea, but part of my journey,” she says.

“I wouldn’t change a thing.” 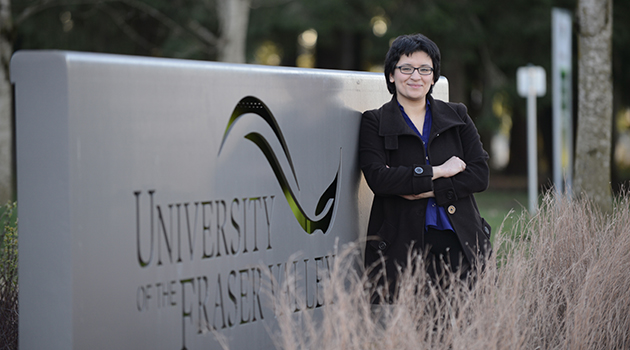 One Response to From boardrooms to backcountry, Sukhi Brar makes the most of her UFV experience