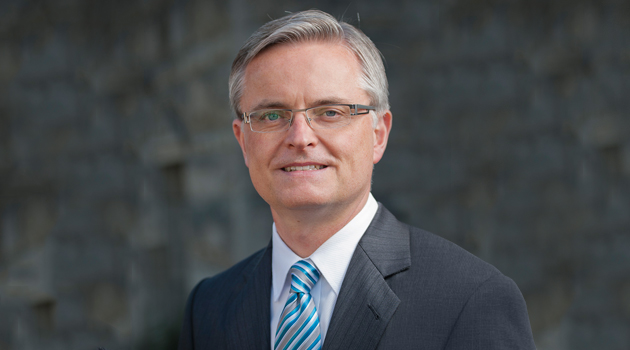 Barry Penner entered politics at the relatively young age of 29 when he surprised observers by successfully challenging a sitting Member of the Legislature for his party’s nomination. He went on to be elected for the first time at age 30 and was a seasoned veteran by his mid-40s.

Barry’s first full-time career was as a lawyer. And he prepared for that partly by taking two years of university studies at what was then Fraser Valley College in the early 1980s.

After completing his first two years at FVC, Barry went on the SFU where he earned a BA, and then to UVic, where he completed his law degree.

Always interested in nature and the environment, he worked as a Park Ranger in his student days.

As someone who knew first-hand the benefits of the education he received at Fraser Valley College, he was a strong advocate for the various stages of growth and development at UFV during his time in government. Barry visited the campuses many times for official announcements, and enjoyed sharing insights as to how government “really works” during numerous candid class discussions hosted by his former instructors.

During his time in government, Barry served as BC’s longest-serving Minister of Environment, as Minister of Aboriginal Relations and Reconciliation, Attorney General and as Deputy House Leader (2005–2009).

While MLA, he played a key role in leading community opposition to the proposed SE2 power plant, advocated for run of the river hydroelectric projects.

Barry has also served as President of the Pacific Northwest Economic Region (PNWER) beginning in June 2002, and remains active in the organization.

In August 2011, Barry stepped down as B.C.’s Attorney-General but remained as the MLA for Chilliwack-Hope until 2012.

After his political career, Barry accepted a position as senior counsel with the national law firm of Davis LLP. In 2014, he took a leave of absence to assist with foreign investment in Myanmar (formerly known as Burma), before deciding to return to British Columbia due to the birth of his second daughter.
—  With files from Wikipedia entry on Barry Penner