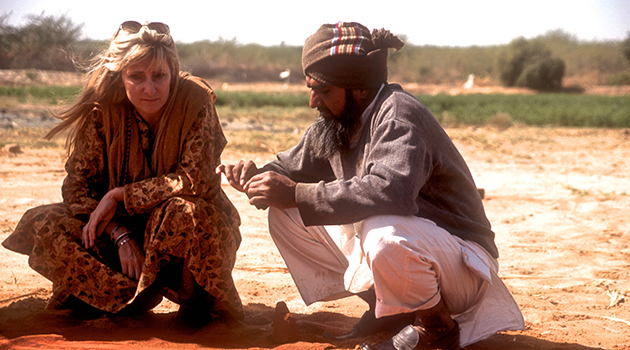 In a world fueled by fast food, instant messaging, and immediate gratification, Charllotte Kwon suggests an entirely different way of starting your day — by pulling on ‘slow clothes’.

Kwon, who received an honorary degree from the University of the Fraser Valley in June, returns to UFV to present a lecture titled Waiting for the Monsoon: Slow Clothes in India. Her appearance kicks off the UFV President’s Lecture Series for 2014/15.

deo and images she will lead a tour of slow clothes in India designed to make the audience rethink everything that goes into a garment.

“It’s a responsible, compassionate answer to a daily necessity,” she says.

“Slow clothes are made with an eye to the human impact of clothing production rather than the need accelerate production to meet a fashion trend.”

UFV President Mark Evered established this lecture series to bring informed and inspirational speakers to UFV and our community, to share their experiences, challenge our views, and promote dialogue — and he’s thrilled with the next installment.

“We’re especially happy to have such an inspiring alumna and colleague return to UFV,” Evered says. “Charllotte’s work is changing lives and building communities around the world, and teaching us important lessons about responsible and transformational business practices right here at home.”

The non-profit Maiwa Foundation — connected to but separate from Kwon’s for-profit business — raises money for small grants and larger projects that don’t fit within traditional non-governmental organization requests. Small grants are from $500 to $1,500, helping craftspeople do everything from buy a bike to build a well.