Unfortunately, due to UFV programming being cancelled because of the Covid virus, the SASI was unable to screen the final film (Ram-Leela). 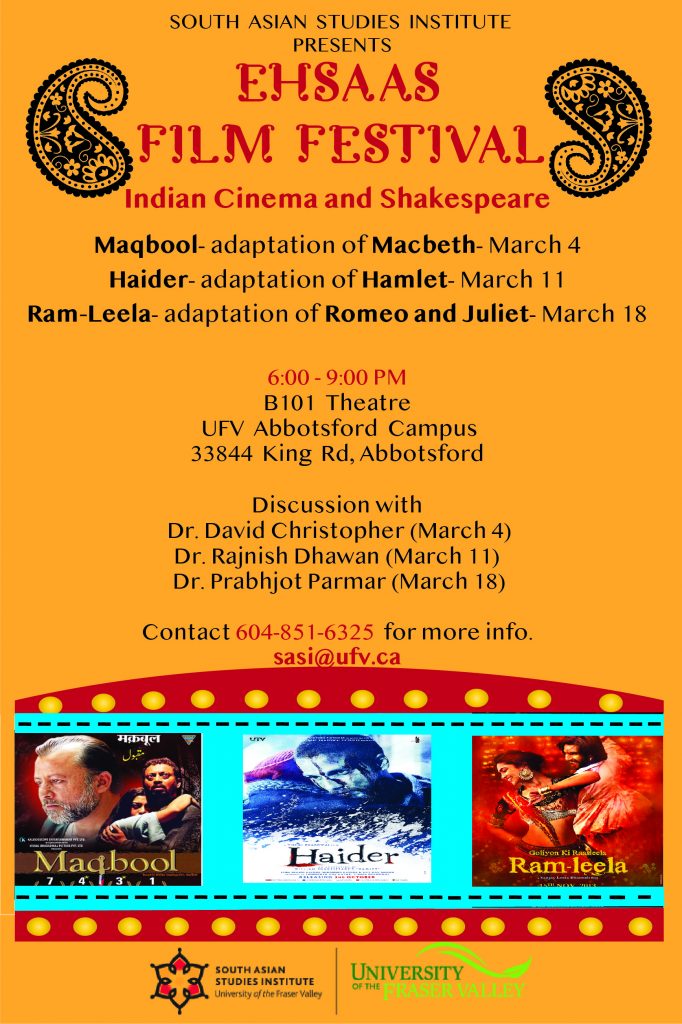