SASI staff were honoured to be a part of the first ever South Asian Hockey Night hosted by the Vancouver Canucks on Thursday, March 29th, 2018. The night was filled with many great moments and memories, including the ceremonial puck drop by, and honouring of Robin Bawa, who was the first South Asian Canadian to play in the NHL. Other South Asian players in attendance included Manny Malhotra and current player Jujhar Khaira of the Edmonton Oilers against whom the Canucks played that evening. The Canadian national anthem was performed beautifully by “Indian Standard Time,” which can be watched here along with other highlights from the evening.

The evening also featured bhangra and dhol performances by South Asian Arts who also organized a Bhangra Flash Mob outside Rogers Arena. The team from Hockey Night in Canada, Punjabi were also on deck, with Harnarayan Singh and Harpreet Pandher talking about South Asian Night on the Oilers broadcast alongisde Gene Principe and Randip Janda, and Bhupinder Hundal joining Dan Murphy during the Canucks broadcast.

The SASI had a special booth setup where they highlighted their upcoming, March 2019 Sikh Heritage Museum exhibit called “We Are Hockey” that chronicles the history of the South Asian community in hockey. 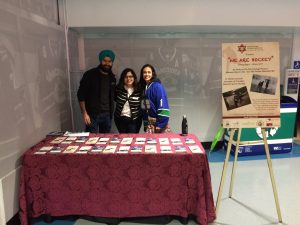 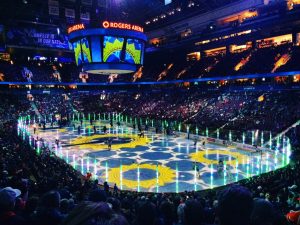 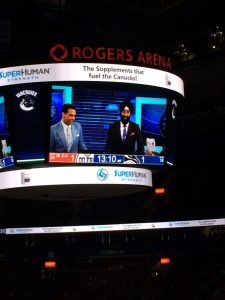 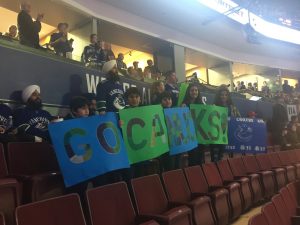