A New Perspective for a Decades-Old Display: The SASI and RBCM Partnership Making Strides

A new perspective for a decades-old display

VICTORIA, BC–The Royal BC Museum has drawn upon interviews with Punjabi Canadian loggers and millworkers, enhancing the logging display in the Becoming BC Gallery with their recollections about immigration, work and life in BC.

Although Indigenous peoples and settlers to BC from around the world contributed to the creation and success of BC’s logging industry, this diversity is not clearly depicted in the text panels or imagery in the logging display, a permanent feature created in the 1970s.

“It is critical for the Royal BC Museum to partner with diverse communities to identify and then broadcast the stories of those who have been left out or written out of our collective history,” said Prof. Jack Lohman, CEO of the Royal BC Museum. “With this dynamic addition, we invite visitors to reflect upon the historical contributions of immigrant workers from the Punjab region to BC’s forestry sector.”

The multi-media station is one result of a long-term partnership between the Royal BC Museum and the South Asian Studies Institute (SASI) at the University of the Fraser Valley, in consultation with the Punjabi Canadian Legacy Project Advisory Committee.

These organizations are engaging with British Columbia’s Punjabi communities, organizations and individuals to create a Punjabi Canadian Legacy Project (PCLP) to preserve, explore and share the contributions that Canadians of Punjabi descent have made to the history of BC and Canada.

“We are pleased to be a part of this historic moment that recognizes the contributions of Punjabi Canadians in the forestry sector of BC,” said Satwinder Bains, Director of SASI. “At the South Asian Studies Institute we believe in our collective responsibility to bring forward hitherto omitted or erased histories of all peoples into the provincial record. We thank the Royal BC Museum for their vision and commitment to reflect the truly magnificent diversity of our communities.”

Text on an accompanying panel notes that migrant workers were needed to fill a labour shortage in BC’s forestry sector. Starting in the early 1900s, migrants from South Asia—most from the Punjab region of today’s India and Pakistan—settled and worked in rural communities across BC.

The insertion of the multi-media station, featuring images and interviews of Punjabi Canadian workers, is simply the first step in a long-planned incremental “refresh” of the museum’s core galleries.

As part of the refresh, other Royal BC Museum galleries will benefit from the introduction of new perspectives, content and live programming. For example, in November, 2017, the Tsimshian artist Tsmiinbaan (William White) provided a multi-day weaving demonstration in the First Peoples Gallery. The finished woven work—and information about the cultural importance of weaving—will be integrated into the gallery in 2018.

Partnering with diverse cultural groups to help revise decades-old museum content is not a new approach for the Royal BC Museum, which successfully worked with the First Peoples’ Cultural Council to develop the award-winning feature exhibition Our Living Languages: First Peoples’ Voices in BC in 2014.

About the Royal BC Museum

The Royal BC Museum explores the province’s human history and natural history, advances new knowledge and understanding of BC, and provides a dynamic forum for discussion and a place for reflection. The museum and archives celebrate culture and history, telling the stories of BC in ways that enlighten, stimulate and inspire. Located in Victoria on the traditional territory of the Lekwungen (Songhees and Xwsepsum Nations), we are a hub of community connections in BC–onsite, offsite and online–taking pride in our collective histories.

Photos courtesy of the Royal BC Museum 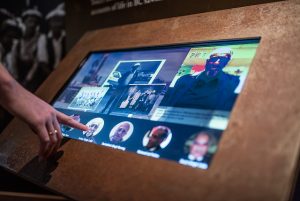 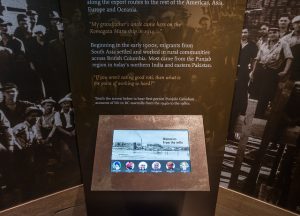 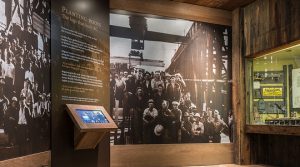