Retired Lt. Col. Pritam Singh Jauhal passed away peacefully on June 26, 2016 with his family by his side. He was 95 years old.

Pritam Singh Jauhal, a decorated World War II veteran, first came into the public eye in Canada on Remembrance Day in 1993, when he was denied entrance to the Surrey Newton Legion Branch because he was wearing a turban.

In the 1970s Canadian society was struggling with issues of race and racism based on a general ignorance among its citizenry about other cultures. The discrimination Pritam Singh faced reached its climax during the Remembrance Day ceremonies of 1993 when he was denied entrance to the Surrey Newton Legion Branch because he was wearing a turban. True to his convictions and his Sikh faith, Pritam Singh waged a long and difficult struggle for Sikh veterans to be allowed to wear this key article of their faith in the Legion.

In 2013, Col. Jauhal published his memoir, A Soldier Remembers, in collaboration with the Centre for Indo- Canadian Studies. The CICS is honoured to have played a role in maintaining the legacy of such a wonderful, intelligent and honourable person.

To view the pdf version of the book, please visit: http://ufv.ca/media/assets/centre-for-indo-candian-studies/58244-CICS-Text.pdf 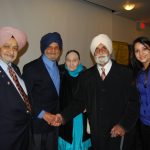 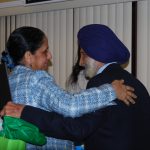