CICS Director Receives Order of Abbotsford and Citizen of the Year

(Article from the Indo-Canadian Voice) 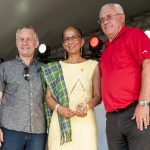 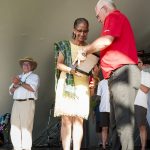 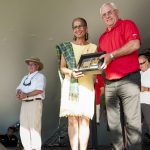 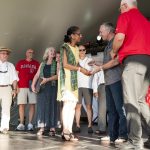 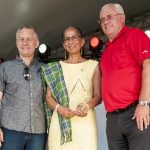 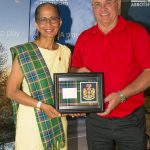 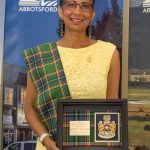 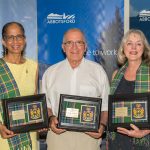 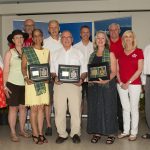 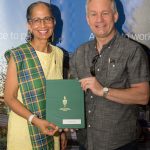 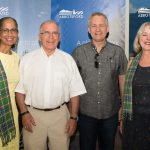 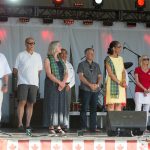 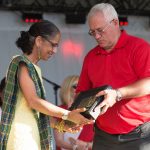 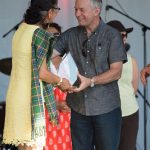 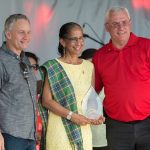 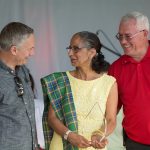 The Order of Abbotsford recognizes and honours individuals who have served with the greatest distinction and excelled in fields of endeavor benefitting the residents of the City of Abbotsford.

The 2015 Order of Abbotsford ceremony was held on July 1st during the Canada Day Celebrations at Rotary Stadium. Following the Order of Abbotsford Ceremony, the Citizen of the Year was awarded wherein Satwinder and George Peary were both designated with this title and honour.

Satwinder Kaur Bains is a scholar, a community advocate, an ambassador for the Sikh faith and culture, a business woman, a mother, a community leader, a neighbour, a tireless volunteer, and a quiet philanthropist.

Satwinder and her husband Parm have lived in Abbotsford for decades and have grown their farm on Bateman Road using the strategy to work co-operatively with other farms, pooling efforts and berries. They now find themselves as one of the largest exporters of blueberries from B.C.

A respected member of the Sikh community, Satwinder has always reached out to the non-Sikh community to find the areas of commonality between Sikhs and others in the Fraser Valley. She and her husband have donated quietly to local causes, and they foster goodwill and friendship at the gurdwaras.

An associate professor of Social, Cultural, and Media Studies at the University of the Fraser Valley and a Ph.D. candidate in the Faculty of Education at Simon Fraser University, Satwinder was one of the instigators behind the successful fundraising of $2.5 million for the Centre for Indo-Canadian Studies at UFV, and subsequently became the first director of the Centre. Largely responsible for the development of the Indo-Canadian Studies curriculum and certificate, she has encouraged cultural readings, programs, cross-cultural exchanges, discussions and opportunities for faculty, staff, students and the entire community.

Satwinder’s influence at UFV cannot be overstated. She was a major supporter of UFV’s extension campus in Chandigarh, India, which is now under Satwinder’s managerial purview. The university has further evolved from having a Centre of Indo-Canadian Studies to also embracing Mennonite Studies and First Nations’ Studies—all because of the catalyst and example of the Centre for Indo-Canadian Studies. She has also worked to develop courses in every discipline that reflect our community in a more balanced way.

Satwinder was instrumental in establishing the Sikh Historic Project at Canada’s and the Western Hemisphere’s oldest gurdwara, the Gur Sikh Temple, and helping to secure its designation as a National Historic Site of Canada by working closely with the Khalsa Diwan Society. Satwinder also supported the Reach Gallery Museum in the development of a Sikh heritage component for The Reach’s opening exhibition, helping to foster a lasting relationship between The Reach, the University of the Fraser Valley, the Centre for Indo-Canadian Studies, and the Sikh community.

Satwinder has also worked extensively in the areas of immigrant women, youth and families, and immigrant settlement integration and she was also appointed as a commissioner on the Agricultural Land Reserve in 2014 and is an Appointed Bencher of the Law Society of British Columbia.