Three excellent students received scholarships and recognition for their contributions, work ethic and excellent research skills. The first student, Anecia Gill, was nominated and awarded the annual Undergraduate Research Excellence (URE) Award from the Office of Research, Engagement and Graduate Studies. Anecia, and her fellow URE student recipients were honoured at a dinner gala located at the Ramada Inn. Anecia was awarded the scholarship for her research excellence in creating a Social Studies 10 Lesson Plan in conjunction with the 2014 play on the Komagata Maru story that the CICS commissioned. 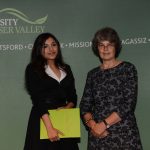 Another two students involved with the CICS, Anish Bahri and Pushpinder Mann, were each awarded the HSBC Endowment Scholarship. Anish was a Communications student who was placed in the CICS for his final semester practicum. Anish exhibited great enterprise, enthusiasm and dedication during his practicum tenure at the CICS. Pushpinder Mann played the role of ‘Santa Singh’ in the CICS commissioned play, That Land Beyond the Waves in 2014 with great dedication and enthusiasm. 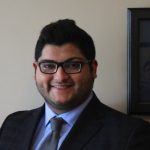 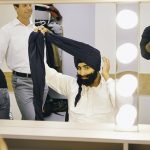