The Honourable Minister of International Trade and Minister for the Asia Pacific Gateway Ed Fast visited UFV Chandigarh campus as part of the Prime Minister’s delegation to India. He was accompanied by CEO’ s of some Canadian companies and Paul Davidson, President of the Association of Universities and Colleges of Canada. They held a brief roundtable discussion with UFV members and guests from SD College on the topic of higher education and careers for students. Honourable Fast shared the announcement of the establishment of a Canada India CEO Forum and invited UFV to take part in its consultations in both countries. As well, Honourable Fast heard from two students on the UFV India campus who have excelled at their studies: one wants to come to Canada to study further and one wants to remain in India highlighting how the BBA program affords both of them this unique opportunity.  Minister Fast also met three UFV student interns (Adam Rieu, Kathryn Shiratti and Stacy Thorensen), who worked in the local area for three months on an Association of Universities and Colleges of Canada Students for Development project.

Minister Fast highlighted the benefits of a Canadian education. The students will be going to study in Canada as part of an option to transfer to UFV in Canada. Also pictured (centre, blue shirt above photo) is Gurneet Singh Anand, who was the first student to benefit from the exchange program to transfer to Canada. 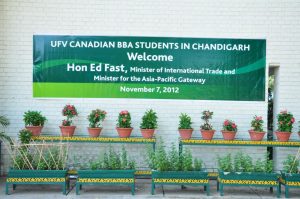 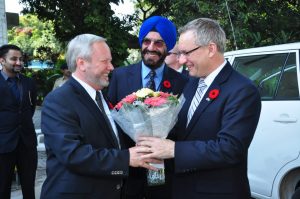 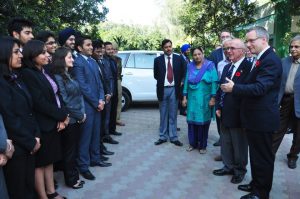 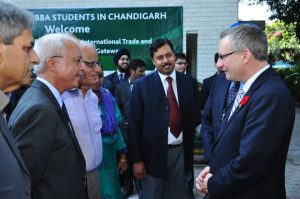 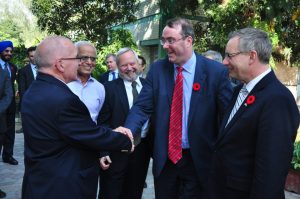