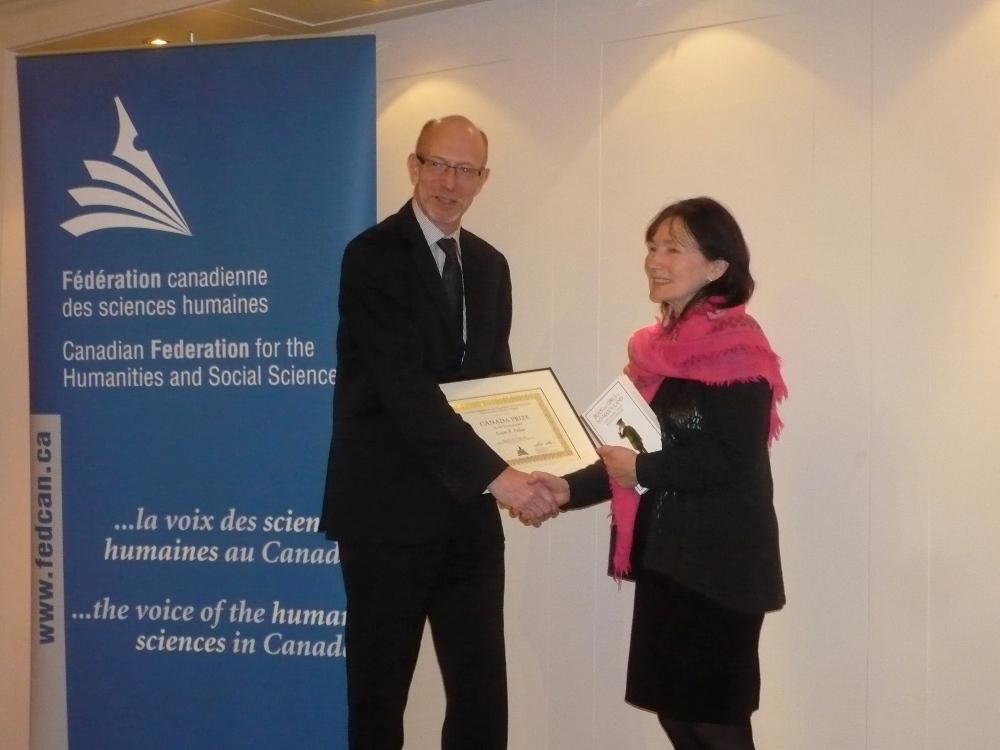 UFV faculty member and senior associate of CICS won the 2012 Canada prize for a scholarly work in the humanities category. This was awarded by the Canadian Federation for the Humanities and Social Sciences and was one of the four awards- two for scholarly works in the humanities and two for scholarly works in the social sciences, with English and French prizes in each category. The prizes, each of which is valued at $2,500, were presented at a special ceremony at Montreal’s Musée des beaux-arts.

Susan won for her work Boys and Girls in No Man’s Land: English-Canadian Children and the First World War, published by University of Toronto Press. Boys and Girls in No Man’s Land examines how the First World War entered the lives and imaginations of Canadian children. Drawing on educational materials, textbooks, adventure tales, plays and Sunday-school papers of the time, this study explores the role of children in Canada’s war effort.

“I am very honoured to have received this award,” said Fisher. “I think I wrote Boys and Girls in No Man’s Land for my parents, both of whom were children of Canadian soldiers of the Great War. I wanted to understand how the war had shaped the world that they grew up in. It was a personal project as well as an academic one. So I am very pleased that scholars and other readers are interested in Boys and Girls. The story of how our country mobilized even its youngest citizens to fight the war is a fascinating one that we are only beginning to explore. I think knowing more about this chapter of our past will help Canadians re-examine our ideas about patriotism and citizenship.”