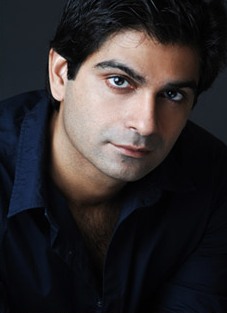 Tell us about your background and your journey to Canada.

I was born and raised in Bombay, and moved to Vancouver in 1998.  I worked as a copywriter in an ad agency for about a year, but decided I wanted to tell stories.  So I came to Canada as a student.

What did you do in Canada?

I attended a couple of semesters at Capilano University in North Vancouver, and then did my BFA and MFA in creative writing at UBC.  Apart from that, I stared at Grouse Mountain, and wrote a lot.

What brought you to UFV?

Last year, Satwinder Bains had very kindly invited me to do a reading from my novel Dahanu Road.  Trevor Carolan from the English Department was also present, and we had met before in Banff, as was John Carroll.  They asked if I would be interested in being WIR, and it worked out fine.

What project did you work on while in UFV?

My main function was to visit different classes as a Guest Lecturer, from Creative Writing, to Intro to Literature, to Canadian Literature, to Drama.  I also had students coming in for one-on-one consultations with respect to their writing, ranging from academic essays to poetry and fiction.  I did literary readings in the community as well.  Personally, I also researched my next project, but it’s too early to talk about that.

What inspires you to write?

Bombay.  Without a doubt.  That city is my muse, my teacher, she haunts me and inspires me, and has given me enough stories to last a lifetime.  As for myself, what compels me to write is, I think, a certain degree of pain or discomfort.  I don’t know how else to explain it, but something always pushes me to tell a particular story and it’s a mixture of despair and euphoria.

What topics/issues/stories do you generally choose to write about and why? Do Indian culture/traditions influence your writing and how?

I don’t choose topics.  My stories generally start with a single image, which kind of appears out of nowhere.  For instance, my first novel The Cripple and His Talismans is about a man in search of his lost arm, and the starting point was an image of amputated limbs hanging from the ceiling in a dungeon.  I don’t know where it came from, but it was so unusual, I had to pursue it.  As for Indian culture and traditions influencing my writing, sure, to some degree, but the idea is to not let that confine you, but to break out of it, move beyond it.

What are your future projects/plans?