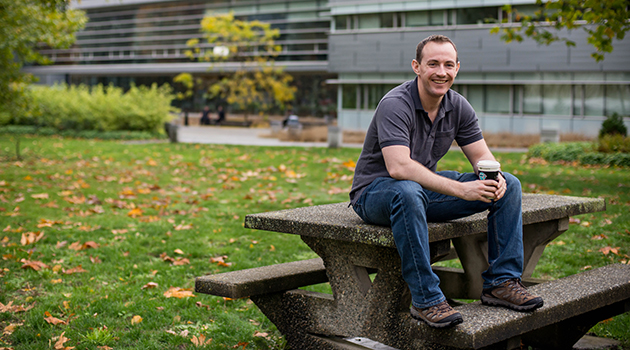 A bomb exploded under the tank he was driving.

Clews was the same age as many classmates, 18, when he joined the Canadian Forces in 2003. Deployed to Afghanistan in 2007, he was three weeks into his first tour when an improvised explosive device (IED) detonated under his tank. The gunner’s leg was shattered. Clews and his commander’s backs were pulverized, and the tank’s loader didn’t remember anything until waking up in Canada, 10,000 kilometres away.

Nine days later a squadron comrade was killed in combat.

Despite the ravages, Clews stayed in Afghanistan to finish his tour.

Days before they were scheduled to return home together in March, 2008, another friend was killed in active duty. 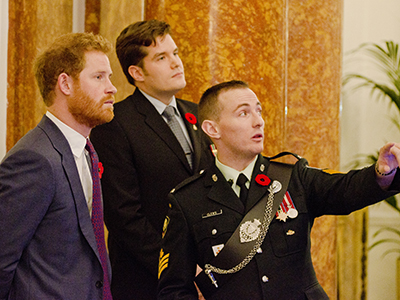 “I was trained for it and I knew what some of the situations might be, but it’s a different experience when it’s happening around you. It was the greatest range of good and bad emotions I’ve ever had in my life. It bridged the gap of uncertainty of what warfare actually was.”

By the time his second tour ended in 2010, Clews’ injury had become debilitating. Searing pain shot down his leg — but that wasn’t the only wound he came home with.

Like many vets, he struggled to process the experience of war. 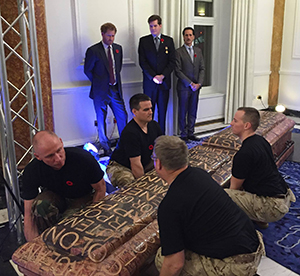 With Prince Harry looking on, Clews and other vets prepare to lift a tribute pole carved from two caskets.

“It can take years to figure out how to get back to living a regular civilian life,” he says.

“One of the more common issues is purpose. Over in Afghanistan I had purpose. Everything I did was for the single defining unity of our mission. Back in Canada I came back with no purpose and no guidance.”

Those mental and emotional injuries push some vets into substance abuse and suicide.

For Clews, a breakthrough came via the Veterans Transition Network (VTN). With its mission to make sure no Canadian veteran is left suffering in isolation, the VTN pairs returning vets with peers who understand. The network is run through donations, including contributions from the Canadian Legion.

“We deal with everything from guys who can’t talk to their families anymore to those who don’t know how to be a ‘regular’ person again. They’ve been indoctrinated into the military, living the military life. They don’t know how to be someone who isn’t part of that military unit. But when you sit down with VTN and one of the guys looks at you and says ‘I understand’ they actually do.”

Despite reports that dozens of Canadian servicemen who served in Afghanistan have committed suicide, no one who enrolled with the VTN has taken his or her life.

“Some members were on the brink, but it helped them find successful coping mechanisms and ways to find other solutions,” Clews says.

“The VTN program is not a cure for PTSD or a perfect answer to suicide, but it has been successful so far.”

Clews found such incredible value in VTN he now serves as an advocate — a position which led to some incredible opportunities across the Commonwealth.

Made up of 162 panels — one for every Canadian killed in Afghanistan — the mural stands three-by-six metres, made with paper ripped from old military training pamphlets. A Canadian flag is painted behind a Canadian soldier holding the hand of an Afghan child.

The panels include the names, ages, and ranks of all 158 dead Canadian soldiers, plus four dead Canadian officials, along with the causes and dates of their deaths.

People who contributed have their names written on the back, including former Prime Minister Stephen Harper and Prince Harry (who experienced the mural in the Canadian High Commission in London, England).

But that wasn’t all.

Clews and colleagues performed a special stage play written with scenes based on experiences in Afghanistan called Contact! Unload!

The play featured a totem pole carved from two caskets, which is now on permanent display in London.

Performed more than a dozen times, Contact! Unload! Is scheduled to appear at the 2017 Invictus Games in Toronto, a sporting event founded by Prince Harry featuring competitions between injured military veterans.

And all this somehow led Clews to nursing.

“I was looking for something to give me purpose again,” he explains.

“I looked at policing. I wanted something that would push me outside my comfort zone, and this program has definitely done exactly that.”

Clews sees a lot of parallels between his old and new careers.

“It’s the greater good. It’s service to others. There are people who are vulnerable and uncertain and alone and I have the ability to help. I try to get them to a point where they’re well again,” he says.

“That’s where my purpose is.”

Some financial assistance for VTN programs has come through Movember, which Clews is participating in once again. To donate to his efforts, visit www.ca.movember.com/team/2268469. 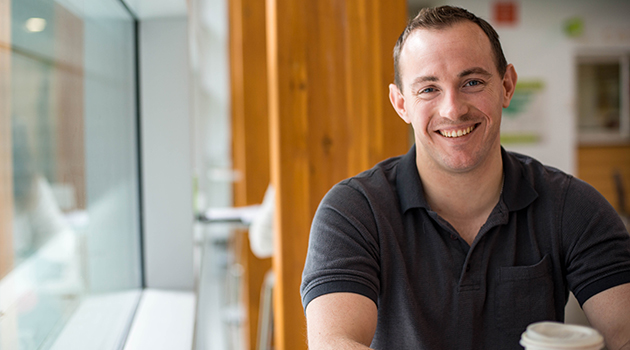