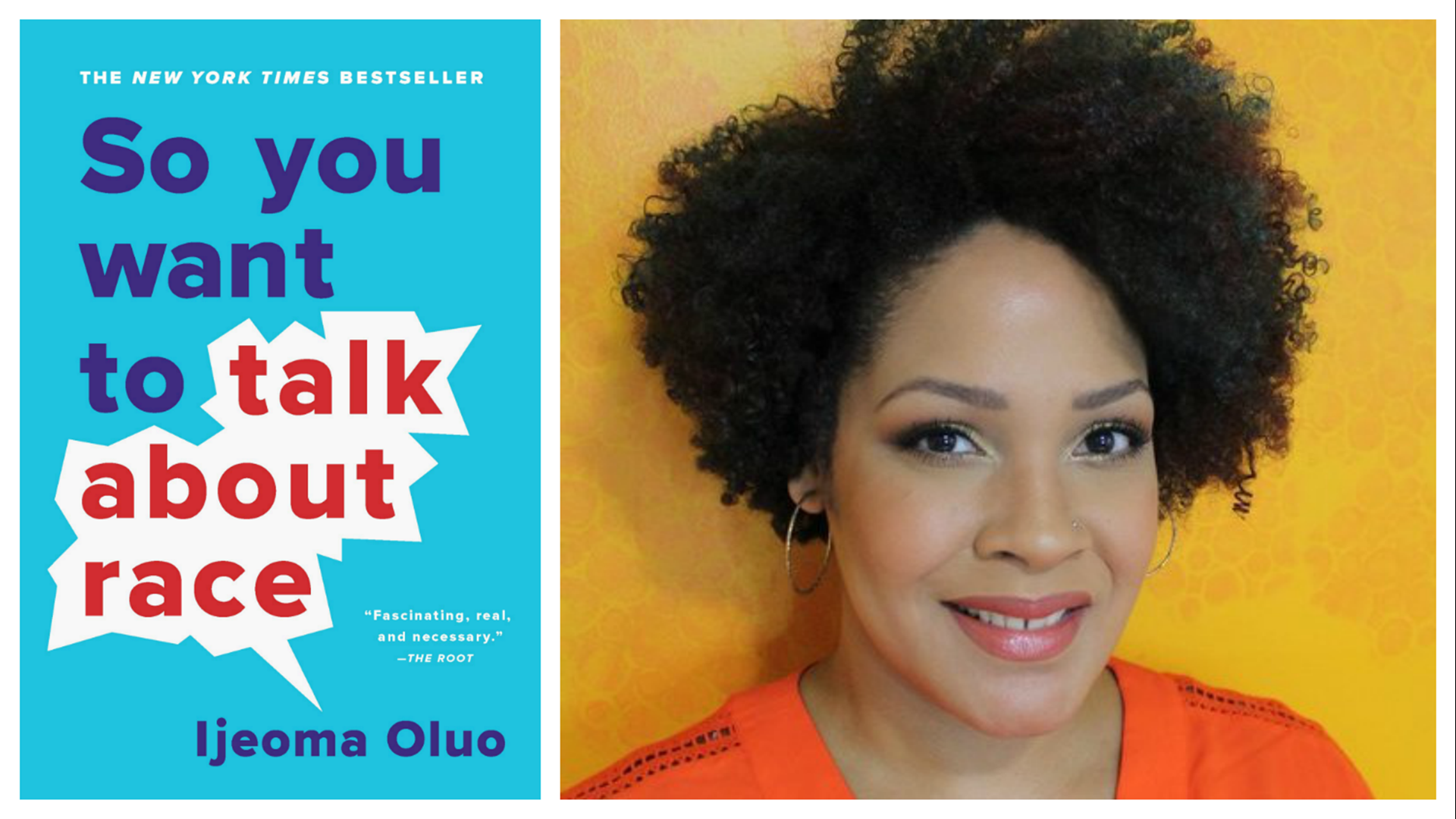 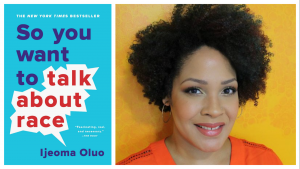 Race is not something people can choose to ignore anymore. . . .  These are very scary times for those who are just now realizing how justifiably hurt, angry, and terrified so many people of color have been all along.  These are very stressful times for people of color who have been fighting and yelling and trying to protect themselves from a world that doesn’t care, to suddenly be asked by those who’ve ignored them for so long, “What has been happening your entire life?  Can you educate me?”  Now that we’re all in the room, how do we start this discussion?

No, this was not written in the handful of days since the murder of George Floyd.    It was written at least two years ago by Ijeoma Oluo.  The passage appears in her bestselling book, So You Want to Talk About Race (originally published in 2018). I read it last fall and immediately thought the UFV community should read this together, and I shared my idea with the Race and Antiracism Network (RAN) in January.

Oluo is a Seattle-based essayist and blogger, a woman of colour, who is famous for writing in ways readers find useful.  Her essays and blogs have helped people understand how issues were applicable to their own lives and that there were concrete things they could do about them. This is why she wrote So You Want to Talk About Race.

After watching so many people have so many conversations about race that went nowhere—or worse, that caused real harm—I wanted to create something of use.  Something that would give readers the fundamentals of how race worked, not only in a way that they would take into their graduate race theory classes but in a way that they would take to the office or to their Thanksgiving tables.  I wanted people to understand race better, and how to talk about race more effectively, and with more kindness.

The book is indeed an excellent, user-friendly but hard-hitting introduction to a subject that is challenging for most people to talk about and that is organized around practical answers to really practical questions. Each chapter title is a question (e.g., “What is racism?” or “What if I talk about race wrong?” or “What are microaggressions?” or “I just got called racist, what do I do now?”). The subjects of race and racism are pressing, necessary conversations, especially for post-secondary institutions, but they are difficult conversations to have.  This book offers an opportunity to have them in a frank but educational manner.

“Now that we’re all in the room, how do we start this discussion?” We will start with a UFV-Reads Semester in the fall that asks all interested staff, faculty, administrators, and students to read Oluo’s book.  Both RAN and the President’s Advisory Committee (PAC) have endorsed the idea.  A working group with representatives from Teaching and Learning, RAN, the EDI Task Force, the Library, Student Life, Counselling, University Relations, HR, and community groups, will decide how best to design and organize the campus-wide, semester-long discussion. We could, for example, organize online reading groups to discuss one or two chapters per week.  Ideally, we would have leaders/moderators for each discussion group.  We could have one big virtual discussion with a panel at the end of the term instead of many small discussion groups.  We could have both.  And we could have an online site where people blog about their thoughts on the book.

To engage in discussions of race and racism, you don’t need to be Indigenous or a person of colour, though they have long borne the burden of having to carry these discussions (let’s not let that happen in the fall). You don’t need to be an expert or have read widely in the subject.  You just need to be a human being with the capacity to empathize, to open your heart enough to feel the pain of others, pain that they cannot help but bring with them to the conversation, pain that you yourself may have inadvertently caused.  You need a modicum of courage, but not an extraordinary amount. You may need the support system a university provides, from colleagues who care about you, to access to counselling. It may not be easy, it may not be comfortable, but you can do this because we will be doing it together.

We will all come to this discussion from different starting points and along different pathways. But whatever your starting point and whatever your pathway, the conversation about race and racism is either one you cannot avoid because you are Indigenous or a person of colour, or one you ought not avoid because you are white and have enjoyed the benefits of a social, political, and economic system that protects and advantages you. And because you work or study in a university, an institution with the role of strengthening democratic societies by leading and hosting difficult discussions.

That So You Want to Talk About Race was written at least two years ago is one indication of how Floyd’s murder at the hands of police is just the most recent in a long history of such outrages and that police brutality has long been part of the daily lived experience of people of colour.  It is one indication that the murder must be seen as the result of a systemic problem and not just the result of an individual’s prejudice. Such prejudice, writes Oluo, becomes the racism that pervades our society when it is “reinforced by systems of power” (my emphasis).  And these systems are “literally killing people of color” (remember, this was written more than two years ago).

If it is about systems (social, cultural, economic, organizational, institutional), it doesn’t mean it is not about us.  We are the systems. They don’t exist without us. We may think we’ve done nothing to encourage racism, but that’s exactly what the systems require to perpetuate themselves.  Us doing nothing.

If it is about systems, we have reason to be hopeful. We may not be able to change the mind and move the heart of every single white supremacist or racist, but, as Oluo writes, “systems, systems we can change.”  So You Want to Talk About Race gives us more than a language for recognizing and discussing these systems.  It gives us a language for changing them, for changing ourselves.

This fall, during UFV Reads, let’s all change together. And let’s all join this discussion with open hearts and minds, with honesty and humility, and, above all, with kindness.

1 thought on “UFV Reads: So You Want to Talk About Race”