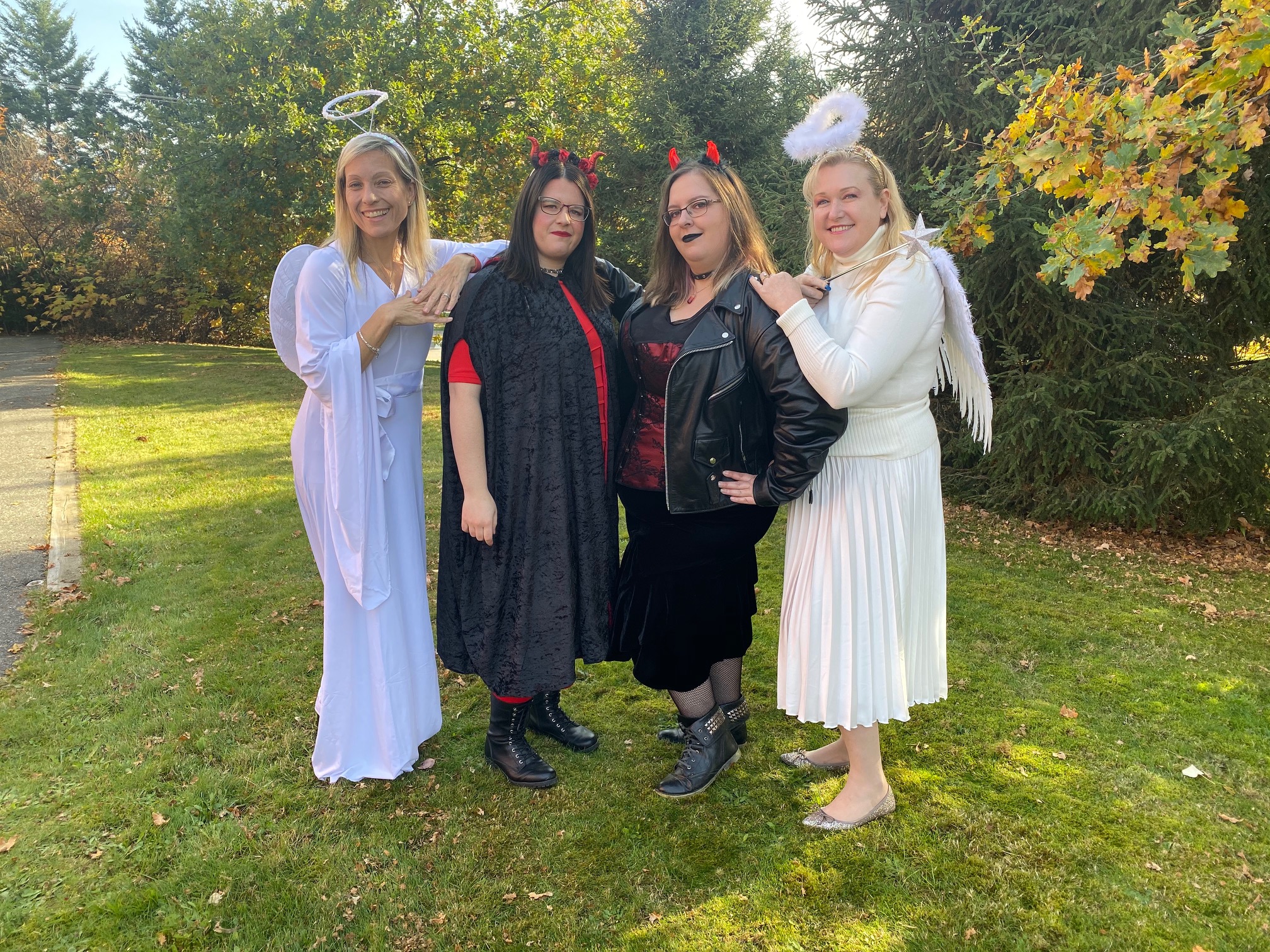 Well, another successful UFV Employee Halloween party is in the books! Thanks to everyone for coming out yesterday and showing such amazing spirit! I hope you all enjoyed the pizza, cookies and drinks and had fun checking out your colleagues as they donned their crazy, beautiful, scary or silly costumes. A big thanks goes out to the FSA executive members who co-hosted this event. You were super helpful and much appreciated. We also held a party on the CEP campus and I’m told it too was a great success and lots of fun. Pizza was sent to Trades, Mission and Clearbook Centre as well so I hope you all enjoyed your lunch. Although there were so many amazing costumes, there were only six prizes for the best of the best! The best department prize went to Teaching & Learning for their portrayal of the critters from the AIM Campaign featured on the website www.ufv.ca/aim and posters. Individual costume prize winners were Mark Goudsblom who dressed as Hot Air Balloon Guy and Jennie Brickwood as an electrifying jellyfish and part of Human Resource’s “Under the Sea” theme. Shawn Johnston was also part of that theme and won a prize for his version of Ocean Garbage. And Yvette Fairweather won for her colorful Lite Brite costume.  The best costume at the CEP party was Kim Conway from Health Sciences who dressed as an adorable scarecrow. We are looking forward to continuing our Halloween tradition here at UFV – it’s never too early to start thinking about next year’s costumes!