Over 100 years ago, Anne Sadelain’s father was imprisoned at a First World War internment camp in B.C.’s Monashee Mountains.

Today, UFV’s CHASI research centre releases a documentary telling her story, and the story of an archaeologist uncovering the history of the Monashee camp.

“The Endowment Council of the CFWWIRF is pleased to learn of the newest findings of the Monashee Internment camp and artefacts recently uncovered by Dr. Sarah Beaulieu and her Team. By unearthing these artefacts it provides tangible evidence that this tragic page in Canada’s history happened over 100 years ago with the passing of the War Measures Act,” said  CFWWIRF Chairman, Mr. Borys Sirskyj.

The film — a venture also financed by the CFWWIRF — follows Beaulieu’s work at the site, and also includes internee-descendant Sadelain’s story.

“Witnessing and recording the unearthing of history is such a privilege,” Laychak said. “But to me, talking to descendants first-hand and hearing their stories is the most important part of documentary work. Since few people can actually be at a dig, projects like this video are about transporting more folks into that experience, helping them feel that history.”

Covering Beaulieu’s excavation project, the 16-minute film examines the process of an archaeological dig and why it is important for the recognition, redress, and historical archives of Canadian internment.

Against the backdrop of the Monashee excavation site, the story also follows visitors to the dig, including CFWWIRF Program Manager, Andrea Malysh and researcher, Lawrna Myers. Both Malysh and Myers provide local and national historical context to the video through interviews, after which point the film transitions to Sadelain’s apartment where she draws the audience into the story of human cost and the living conditions of the camps. The viewer is with her while she looks through her own personal archives and relays memories of her father from her childhood and beyond.

The narrative then returns to the Monashee site, where Myers discusses her own personal links to the story (her great grandfather supplied the camp) and explains the function of the camps in the Vernon region and surrounding area.

The story concludes with the discovery of an entirely new section of the Monashee internment camp by Beaulieu and her team, and Malysh’s reflection on the importance of the archaeologist’s work in education, reconciliation and preventing repeated history.

The project will serve as an educational piece, raising awareness of Canada’s First National Internment Operations of 1914 to 1920.

Dr. Beaulieu and the student volunteers also provide an example of how the excavation process is used in a formal education setting, not only in the sense of an archaeology mentorship, but as in-depth topic knowledge acquisition. These young archaeologists receive a crash-course in British Columbian and Canadian First World War internment history, helping unearth the story as they learn.

November 25, 2021 marks 16 years since Bill C-331, the Internment of Persons of Ukrainian Origin Recognition Act, passed in parliament. With it, Canada acknowledged that persons of Ukrainian origin were interned in Canada during World War I, which lead to the creation of the Canadian First World War Internment Recognition Fund for educational and commemorative projects. 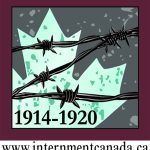 For more information about the film contact Greg Laychak — greg.laychak@ufv.ca 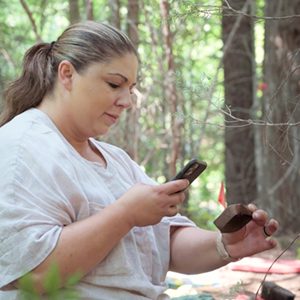