This weekend marks one of the world’s largest celebrations, Nowruz. As we at CHASI wish for a wonderful weekend for all of those celebrating it, we have collaborated once again with Shaheen Shivji, Program Coordinator at UFV’s Peace and Reconciliation Centre (PARC) for a special post on the significance and celebration of Nowruz.

Nowruz—“now” meaning “new” and “ruz” meaning “day” in the Farsi language is the Persian New Year.

Observed annually on March 21, this first day of spring occurs when the vernal equinox typically takes place. Declared in 2010 as International Nowruz Day by the United Nations, it is estimated that over 300 million people worldwide celebrate in harmony. Nowruz brings with it rebirth and hope for the future. As we mark the one-year point in the ongoing COVID-19 pandemic, traditions like Nowruz can help us find inspiration because they remind us that after a period of darkness there will again be light and rejuvenation.

Historically, the 3,000-year-old festival dates back to the Zoroastrian religion, which predates Christianity and Islam. While colourful and elaborate observances largely take place in predominantly Islamic countries in the Middle East as well as  central, and southeast and west Asia, Nowruz celebrations are secular and have always been a paragon of ethnic inclusiveness. In some instances the spelling and pronunciation also differ from region to region. However, promoting the values of peace, reconciliation, and solidarity for all people as well as friendship amongst communities, remain unifying features. 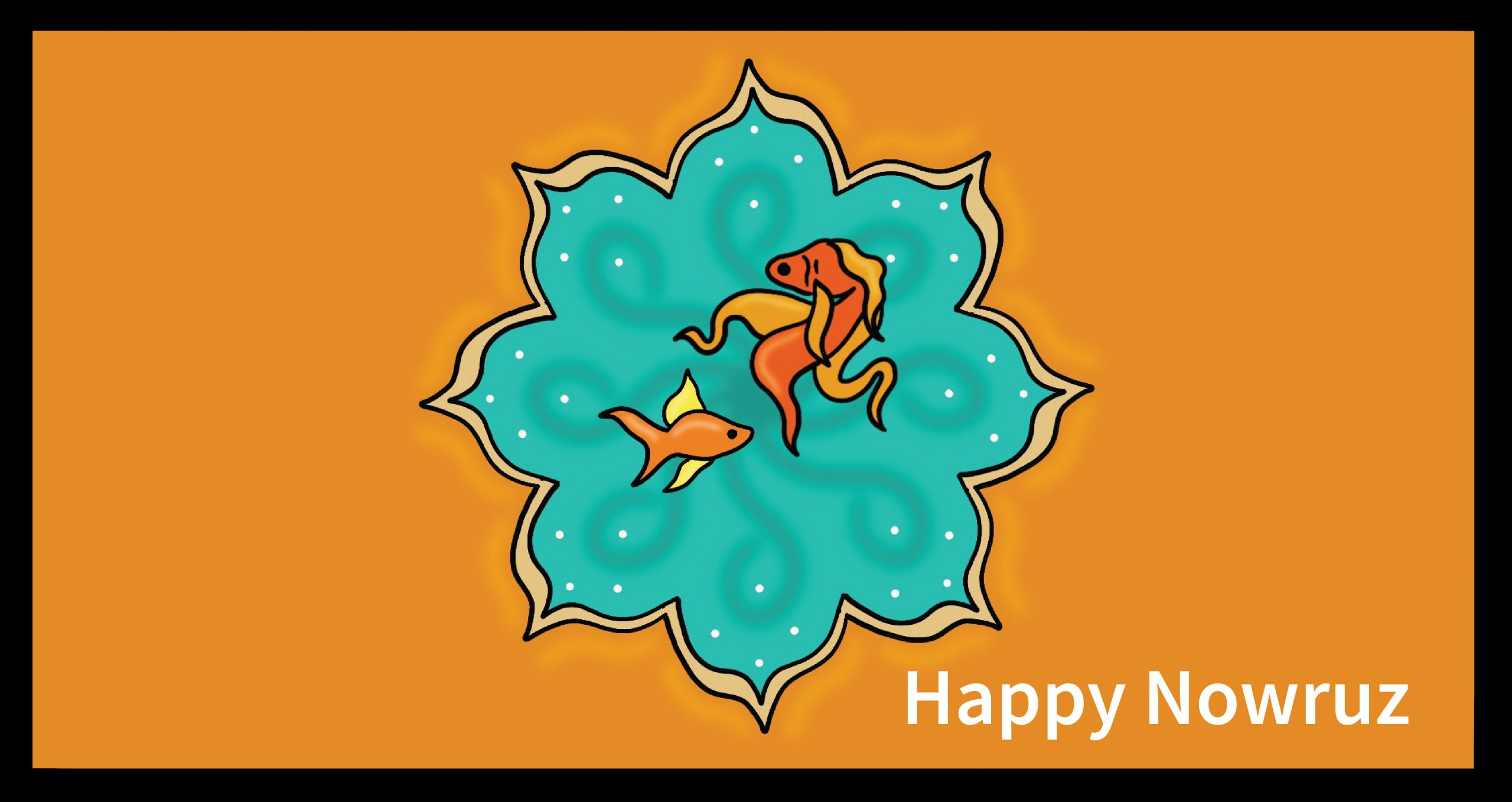 “As a historian I see the celebrating of traditions like Nowruz as one of the key ways that communities guide their actions into the future,” explains Dr. Keith Carlson, PARC Director. “We look back to our ancestors to find valuable ideas and rituals and ceremonies that we admire, and the ones we admire are meaningful because they carry truths that we want our children and their children to reflect upon and emulate.”

Today the festival is far reaching and also influenced by diverse cultures that have developed their own unique ways of honoring the special occasion, be it through the incorporation of religious beliefs, newer social customs, or traditional ones. One-time honored practice is the setting of the Haft Seen—literally meaning “seven S’s”—are special somethings placed on a table.

Items of additional cultural significance may also include: lit candles for enlightenment; goldfish in a bowl for a sign of life; decorated eggs for hope and rose or orange water that is symbolic of earth floating in space.

As with most cultural festivities, when it comes to the gastronomical, Nowruz is no exception. Though celebratory cuisine differentiates by culture and geography, notable are sweet colourful cookies, desserts and a feast of savoury foods from stews to biryanis to grilled kabobs. Nowruz may also leave the wallet a little lighter as many shop for and gift clothing or give money. In addition to dancing and singing at gatherings there is also fire jumping: family and friends congregate around a bonfire, and some participants leap over the crackling flames wishing for abundance and good health in the coming year.

Honoring traditions need not be viewed as isolating but rather, Nowruz—like Christmas, Diwali, Hanukah and a host of other rituals that people partake in—are each a fragrance in a garden of colourful cultures, provide the opportunity to learn new language, fosters intercultural dialogue all within the emotion of happiness. It is such social cohesion that sees millions unite the human fraternity.

Illustration by Celina Koops, as part of CHASI’s ongoing series acknowledging some of the significant annual observances that align with our core values.