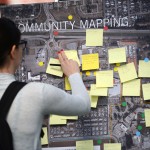 ABBOTSFORD April 8, 2015  – The City of Abbotsford and the University of the Fraser Valley are undertaking a collaborative initiative to shape the future of the UDistrict, announced Abbotsford Mayor Henry Braun and UFV President, Dr. Mark Evered today. In May of 2012, Abbotsford City Council officially endorsed a 30-year planning concept or […]