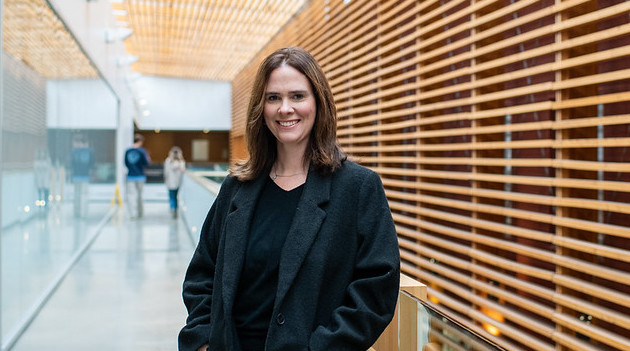 When you are an academic researcher, inspiration for your next study can come from some surprising places.

For UFV sociology professor Kathleen Rodgers, that “aha” moment occurred four years ago as she indulged in her favourite guilty pleasure: listening to a true crime podcast.

These days, a good true crime podcast episode for Rodgers is no longer just entertainment. It’s become part of her research in which she’s trying to understand the political potential of podcasts, especially as they intersect with social media. She has joined Facebook and Reddit groups that focus on the podcasts, where she scours the comments and falls down a rabbit hole of links. Rodgers mostly observes the chatter, rarely contributing to the plentiful theories of suspects and motives or dissecting the police work and evidence.

What stuck out the most to Rodgers was not how the mostly female audience responded to the specific crimes at the centre of the podcast, but rather how social media communities that surrounded the true crime podcasts were creating spaces for broader conversations about women and crime. And, she observed, women were keen to be having these conversations.

“I started to notice a really interesting pattern in podcast engagement similar to what we’ve seen previously with online movements like #MeToo,” says Rodgers, who joined UFV’s School of Culture, Media, and Society as an assistant professor in 2020.

She estimates that women make up at least 70 percent of true crime podcast listeners.

“It’s an interesting, almost uncomfortable, dynamic because often women themselves are the victims of these crimes,” says Rodgers, alluding to true crime podcasts that often focus on murder, rape, and domestic violence. “But at the same time, we are seeing this phenomenon where the conversations taking place online have become a feedback mechanism that is shifting how true crime podcasts, TV shows and books are portraying women and the language they use to describe them.”

The collective indignation on social media that emerged around several high-profile podcasts such as Teacher’s Pet and Serial fuelled convictions and mistrials, and overturned convictions.

Throughout her career, Rodgers’ research and teaching has centred on social movements, feminist activism, digital activism, and political imaginaries in Canada and beyond. Her research is unconventional, and her approach to social justice and equality is bold and unapologetic.

While working as a faculty member at the University of Ottawa, she began research that resulted in a 2022 paper titled ‘F*cking politeness’ and ‘staying sexy’ while doing it: intimacy, interactivity, and the feminist politics of true crime podcasts. From 2018 to 2021, she studied (with consent) true crime podcast groups online, interviewed women active in the online discussions, and documented how true crime podcasters received the feedback and adapted their content.

Rodgers found that female true crime podcast enthusiasts questioned victim-blaming and demeaning language choices, such as referring to some of the women subjects as “prostitutes” instead of “sex workers.” They pointed out how true crime has historically glorified the killers, often using the criminal’s name in the title. They called out how society rallied around only affluent or attractive female victims, and often lacked empathy for women of colour or from marginalized communities.

But the online conversation has also led to a kind of personalized politics that directly challenges the fear of violence that women feel every day.

“What we’re seeing are moments of empowerment,” she says. “Many of the conversations are about women saying, ‘we need to stop saying yes in situations where we’re uncomfortable and give ourselves the tools and political voice to take control of our own safety.’”

The podcast genre is relatively new, and scholars are just beginning to understand its importance. Rodgers argues one of the reasons is its intimacy.

“It’s just you and the hosts in your ears,” she says. “This allows for real emotional connections to the topics hosts discuss. When realizations come together as a result in a social media community there is real potential for political action.”

Returning to her B.C. roots (she is originally from Nelson) was a long-time goal for the low-key Rodgers.

“I was really attracted to UFV because of its unique relationship to all of the rural communities in the region,” she says. “I’ve also enjoyed how being at a very teaching-focused school with small classes has helped me make meaningful connections with my students.”

She is currently working on her follow-up paper titled, Are True Crime Podcasts Feminist?

While she has indeed drawn a correlation between true crime podcast social media groups and political action, the impact can feel insignificant compared to recent colossal feminist movements on social media such as #MeToo.

But Rodgers cautions that we shouldn’t minimize the importance young feminists and youth in general online, whether it is on true crime podcast groups or other social media platforms.

“It’s easy to look at young people and young women in particular on their phones and go, ‘oh, they’re wasting their time or they’re so self-absorbed,’” Rodgers observes. “But so much of what they’re doing has political consequences. 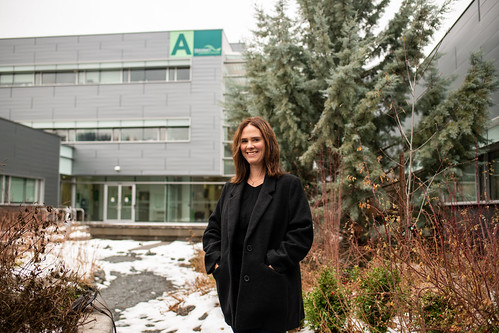 Changes coming to Eduroam Wi-Fi sign in
Year in Review: Lots to celebrate at UFV in 2022