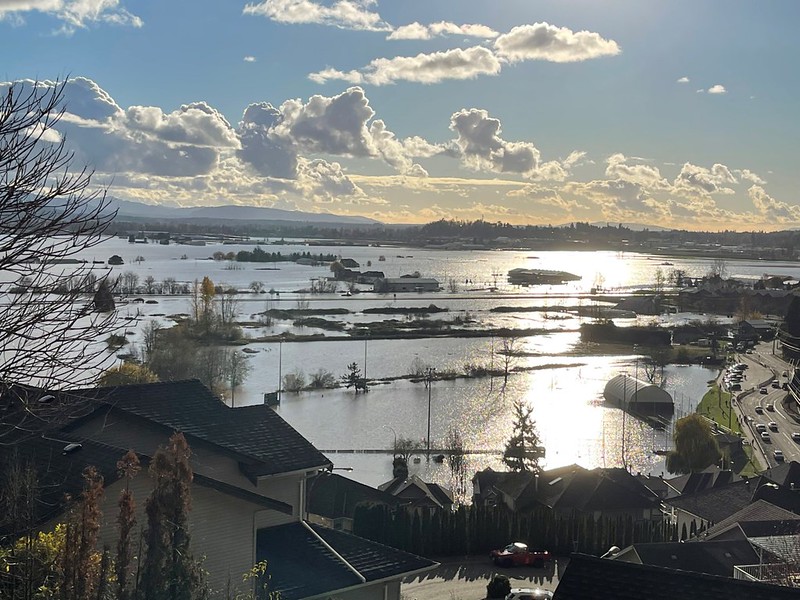 People in the Fraser Valley and much of B.C. endured an extremely stressful collective experience last November and early December when multiple floods occurred.

Now a special project based at the University of the Fraser Valley is inviting those affected to share their experiences.

The Flood Stories expressive arts contest offers an outlet for people to use creativity for processing stressful experiences that arose last year in the Fraser Valley and much of B.C. when multiple floods occurred. The contest is open to school children from Abbotsford and Chilliwack in grades K through 12 (including private schools and homeschoolers), as well as UFV students, staff, faculty, and alumni.

Led by Dr. Michelle Superle, an English professor and research associate with the UFV Food and Agriculture Institute, the Flood Stories project engages farmers in the Fraser Valley who were affected by the November 2021 extreme flooding events, inviting them and their families to share their experiences in spoken, written, and artistic format. The project uses a narrative approach (developed in consultation with narrative therapy expert Dr. Stephen Madigan) to better understand how Abbotsford farmers have been affected by floods and what they need to begin thriving again.

“We recognize that the flood was a very unusual and traumatic experience for many people, both those whose properties flooded and those who observed their fellow citizens undergoing extreme stress,” notes Superle. “We think it’s important, as the first anniversary of the flood approaches, to tell those stories, record them for posterity, and learn from them. Telling their story can also be therapeutic for those affected.”

The Expressive Arts Contest is the final component of the Flood Stories project. Submissions are due by November 4, and participants will have their artistic projects displayed online and on campus at UFV, as well as other locations throughout Abbotsford. Entries will be assessed by a jury composed of UFV arts students, with exciting prizes for winners.

Here is Superle’s own flood story, as told to UFV’s Gerald Narciso: 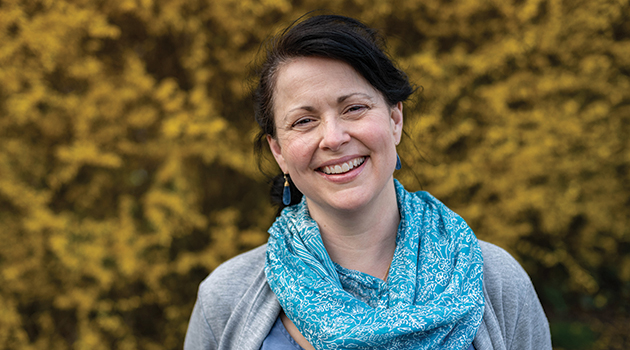 The car was packed and ready to go.

Dr. Michelle Superle and her husband knew a text that would instruct them to evacuate their home in Yarrow was coming anytime. The torrential downpour that happened just a few days earlier resulted in widely publicized flooding that started in the Sumas Prairie in Abbotsford and now had slowly crept its way into Chilliwack’s backyard.

When the couple finally got the notification to evacuate, they loaded their daughter, aging pets, and a couple of suitcases into the car. Leaving felt like they were in a movie as they took in surroundings full of emergency vehicles, flooded roads, cars towing trailers with livestock, and abandoned farmland.

“Leaving Yarrow was absolutely surreal, it looked like a different world,” says Superle, an associate professor in the UFV English department.

Superle’s home was undamaged when the family returned two days later. She immediately began volunteering at the Yarrow Food Hub, which assists farmers and residents who were displaced because of the floods.

“While I was at the food hub, I heard farmers talk about their experiences of being evacuated, being out of their homes, and the kinds of things that were happening on their property,” says Superle, who is also a research associate at the UFV Food and Agriculture Institute.

With the farmers’ livelihood literally stripped from them overnight, combined with the uncertainty around their future and the ongoing stresses of the pandemic, Superle grew concerned for the farming community’s well-being. She wondered whether writing could help as a form of expression and healing.

That question was answered a few weeks later when she came across a student research essay that was written by Lauryn Joly, a first-year English student at UFV, on how expressive writing a narrative therapy can be very powerful ways of processing experiences. The essay was written before the floods, but Superle immediately saw the parallels.

As a result, Superle launched the Flood Stories, a multi-faceted project that aims to support healing for farmers in her community. One element of the project is interviewing and collecting farmers’ first-person narratives of the flood to use for publication; Superle hopes these stories will, “raise awareness about the severity of the situation and the importance of our farmers.”

Another element of the Flood Stories project is the Writing as a Way of Healing workshop, which teaches simple journaling techniques to any farmer or Fraser Valley resident who needs a creative outlet to deal with trauma associated with the flooding. “When I was running the idea of a writing for healing workshop by the farmers, I was surprised by the interest,” Superle says. “With everything going on, I thought it might be too much — or that nobody would have the time. But people have been very enthusiastic about it.”