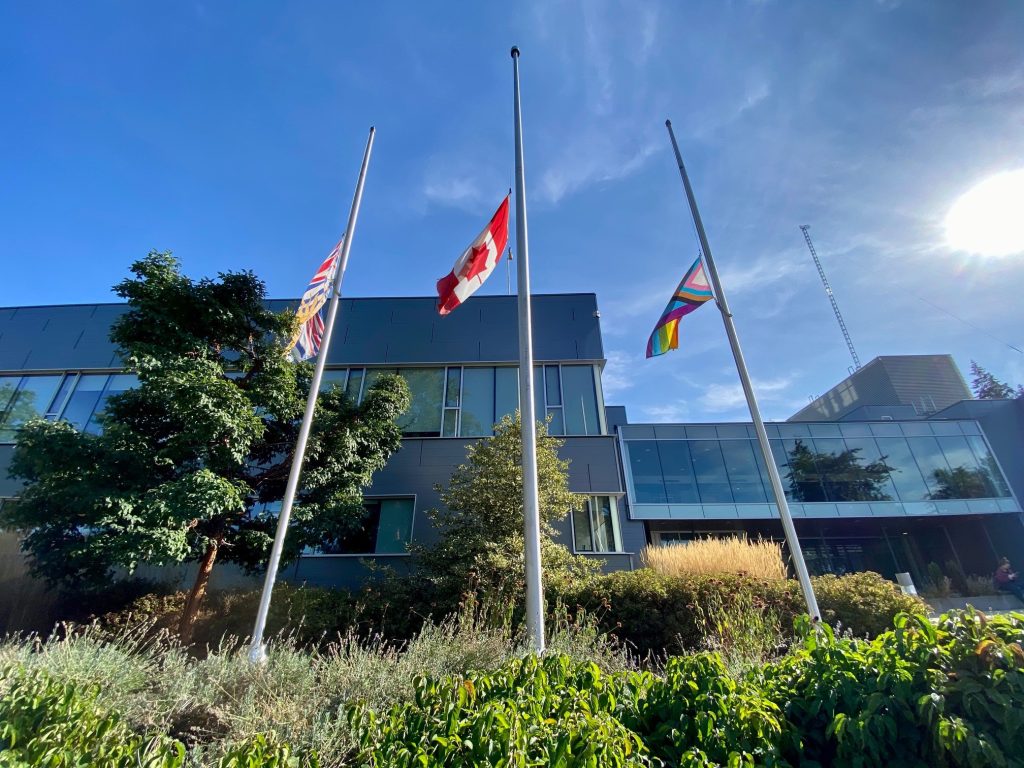 The University of the Fraser Valley today joins countless others in our community and around the world in mourning the passing of Her Majesty Queen Elizabeth II.

Flags on our campuses have been lowered to half-staff in recognition of her 70 years as Queen of Canada and Head of State. For seven decades, Queen Elizabeth guided Canada and the Commonwealth states through times of dramatic societal, environmental, and technological change and during periods of global upheaval. She was a steadfast symbol of diplomacy, calm strength, and reassurance during turbulent times.

At the age of 21, she publicly stated her devotion to a life of service, and then proceeded to fulfill this promise in tireless and remarkable fashion for the remainder of her 96 years. Her dedication and commitment to her duties and myriad of charitable foundations and causes were remarkable – she continued to attend ceremonies and events even in the days leading up to her death.

This unmitigated devotion to people within her realms and territories by the only Sovereign of Canada  most of us have ever known, has been exemplary.

She was a source of strength and dignity, a shining example of an extraordinary life lived with quiet and powerful conviction and unequalled in its generous service to others.

Her constant and reassuring presence will be well-remembered and deeply missed.