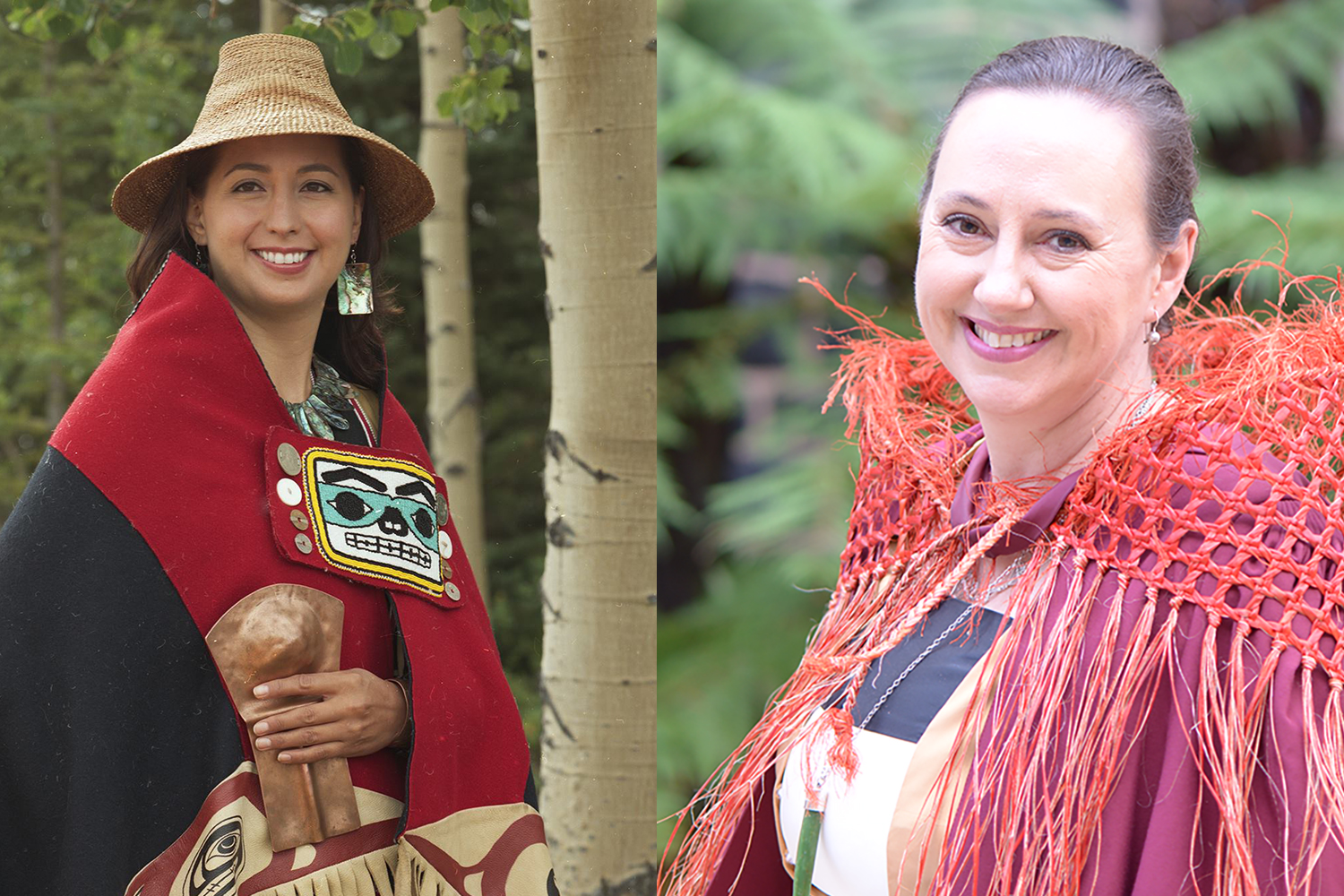 At a UFV Indigenous Studies faculty meeting in early 2022, an idea and opportunity for collaboration for an inclusive new course originated organically.

Their similarities connected them. Their differences, they figured, could potentially compliment each other in a classroom setting.

“We started discussing how valuable an Indigenous film class would be for aspiring Indigenous filmmakers as well as just curious students wanting to expand their horizons,” says Wallis, an assistant professor in the School of Culture, Media, and Society (SCMS) since 2019. “And about the same time, the call came out for co-teaching.”

In the following weeks, the pair put together a proposal that was supported by the directors of both of their schools and approved by the UFV College of Arts. Dangeli has been an assistant professor in the School of Creative Arts (SOCA) since January. In the fall of 2022, the UFV SOCA will offer the first ever Indigenous Film course (FILM 313).

There are nearly 20 students registered for the course with a few slots available (sign up here).

“Beyond excited to be teaching this course of Indigenous Film with my amazing Tsimshian friend & colleague in the Fall,” Wallis gushed on Twitter in May. “Now if only we can stop geeking out about films enough to put together a syllabus…”

Since the course approval, Wallis and Dangeli have been conceptualizing how they will share teaching duties as well as narrowing down the list of Indigenous films that the class will review, analyze and discuss. They want students to discover the powerful ways that Indigenous cinema provides insights into decolonization processes, self-determination, activism, place-based knowledge, sovereignty, and more.

They are also hoping the course, which will be taught on the Abbotsford campus, will dispel stereotypes of how Indigenous peoples are portrayed in mainstream movies or pop culture.

“There are not many Indigenous characters on television or film, so any representation carries so much weight,” says Wallis. “What you often find is the characters are very two-dimensional that often conform to very narrow stereotypes, like the brave warrior or the maiden.”

Students will be shown movies and documentaries created by Indigenous filmmakers, with characters and subjects that possess greater depth.

“We can be university professors, we can be marketers,” says Wallis. “We can be characters that are current and alive, we don’t have to be located in the past.”

There will be Indigenous films in multiple genres (comedies, horror, musicals, documentaries) from multiple countries, including at least one by a local Stó:lō filmmaker. Wallis won’t name the movies the class will review, nor will she reveal just yet the growing list of guest speakers — which includes prominent Indigenous filmmakers.

“We have a very, very exciting list of guest speakers,” Wallis promises. “When Mique’l started mentioning names of people who were interested in coming and speaking, I was like, ‘Oh my goodness, that’s one of my favourite directors.’”

Receiving an expansive and diverse perspective on film is not surprising, given the origins of both professors. Dangeli’s people, the Tsimshian, are Indigenous to Northern British Columbia and Southeast Alaska. She grew up in Metlakatla, the only Indian Reserve in Alaska, and has spent most of her adult life attending and working at universities in B.C. Wallis has experience living as an Indigenous person on other Indigenous lands growing up in both Australia and New Zealand. Moving to Abbotsford three years ago, Wallis is still acclimating herself with Indigenous culture in Canada and recognizes both the similarities and differences of her Indigenous roots.

At a university and an area of the country where Reconciliation is at the forefront, Dangeli and Wallis recognize the tremendous responsibility this new course brings. But, they also want this to be a fun experience.

“I hope that students walk away from it with, if not a new appreciation, a renewed appreciation, a deeper understanding of the complexity of Indigenous culture and the arts,” Wallis says. “Maybe, you will look at representation differently. Maybe, you’ll appreciate the dialogues in different ways.

“Indigenous film has all of these layers and I also hope the students walk away from it saying, ‘wow, I learned a lot.’”