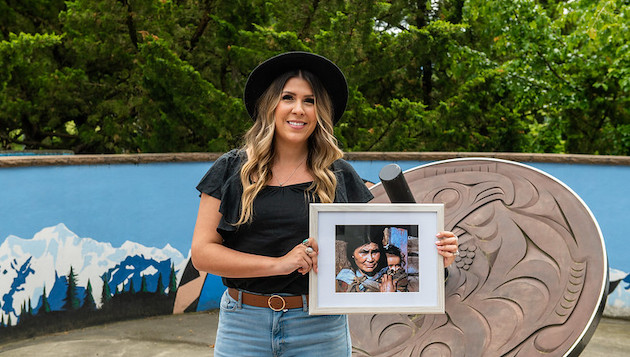 When Natasha Rainkie of Chilliwack learned what had happened to her grandmother at the Lower Post residential school in northern British Columbia, she knew she had to become a teacher.

“I want to provide this generation of children with the education that my grandmother needed and should have received. I want to tell her story and empower the students of today.”

Rainkie is the 2022 recipient of the Lieutenant Governor’s medal at the University of the Fraser Valley. The criteria for the medal includes student involvement in promoting diversity, inclusion, and reconciliation.

Rainkie, who receives her Bachelor of Education degree at the University of the Fraser Valley at the June 15 Convocation ceremony, grew up unaware of her grandmother’s suffering at residential school but lived with the legacy.

Once her grandmother passed away, Rainkie learned more about the abuse she had suffered.

“She always just said she went away to boarding school. It wasn’t until after she died that I was going through her things and found court documents that detailed the harm that was done to her. And the people who harmed her never faced justice or consequences.”

While she was unaware of the details of her grandmother’s residential school experience, Rainkie’s extended family lived with the intergenerational legacy.

“Our family has experienced suicides, addiction, and abuse. There was a lot of disassociation and other coping mechanisms. My mother left home at 13 and ran away, hitchhiking down the Highway of Tears.”

When Rainkie was the first in her family to graduate from high school and the whole family watched with pride as she crossed the stage, she knew she had to continue into post-secondary.

“I knew I had to keep going to help my family with the reconciliation process. Education was used as a weapon to destroy our culture, and while our communities lost so much to colonization and the impacts of intergenerational trauma, it is our intergenerational strength that is healing us as we are in a period of Indigenous resurgence as we reclaim our sovereignty, our languages, our medicines, and our education. I want to be the kind of teacher who empowers all students to be themselves regardless of their race, gender, identity, or personal beliefs.”Rainkie had the chance to practise her teaching skills as part of her Teacher Education practicum.

She taught a variety of high school subjects at GW Graham Secondary School in Chilliwack in her practicum. Her teaching units included topics such as the Indian Act, Indigenous resistance comprised of the Red River Rebellion and the Northwest resistance, and the continuing impacts of imperialism and colonization on Indigenous peoples in Canada. Her emphasis in teaching this curriculum were the historical and contemporary injustices, challenging the narrative and identity of Canada as an inclusive multicultural society. It was important to her to incorporate social justice in every unit that she taught by giving a voice to those who have been oppressed while teaching her students the importance of celebrating diversity in all of its forms.

Natasha’s faculty mentor Chuck Charles described her teaching as powerful, proud, and passionate when sharing her grandmother’s struggles with the residential school experience and the effects on the extended family with her students.

Teacher Education program head Vandy Britton says that all of the program faculty have high praise for Rainkie.

“Natasha has continued to set herself apart from her peers within her journey in the Bachelor of Education program. She has been a strong contributing member of the cohort. All her instructors speak highly of her, emphasizing her enthusiasm, curiosity, and intelligence,” notes Britton. “She considers the experience of her family as a pillar of personal strength towards promoting Indigenous knowledge and teachings, empowering students who may be in the process of exploring their own cultural identity, or those students who face socioeconomic, emotional challenges.

“As a future teacher, Natasha embodies the values of social justice, critical mindedness, and pedagogical sensitivity. She understands that it takes significant effort and patience to achieve equity for everyone in our diverse society, and that attitudes and beliefs take time to change — but that everyone has a role to play within that process. Within the local community, she has shown great potential as the agent of change that we need in today’s schools. We consider her to be an exemplary role model.”

Her community involvement includes working with the Fraser Valley Aboriginal Children and Family Services, bringing awareness to MMIW2S through various initiatives including the Moose Hide Campaign. She has handed 2,000+ Moose Hide pins to people in her community. She also hosts international students, while also raising two children.

While she was not raised on their traditional territory, she has reclaimed her culture as a part of her healing process. She has learned traditional beading methods from her mother, participates in an Indigenous women’s drumming circle, learns from local Elders, including sweat lodge ceremony traditions, and is in the early process of learning her traditional language, Southern Tutchone.

Rainkie is a member of the Kluane First Nation, which is from Burwash Landing, a small community in the Yukon. She and her mother and sister recently made an emotional trip back home where they returned her grandmother’s ashes to their traditional burial ground.

As for how she feels about earning the Lieutenant Governor’s medal?

“Honoured and humbled. We are in this time on earth where there’s this invitation with regards to how we can all show up better as teachers and I’m doing what I can to help our whole society with healing. When your story can teach or empower others, you are doing a disservice if you don’t share it.” 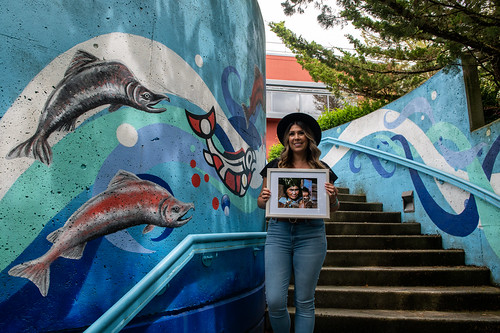