Sheetal Deo (BA ’12)  was the kind of undergraduate student who would take electives in the summertime as a way to relax and hang out with friends.

That’s a good thing, because it helped her discover her love for philosophy, political science, and social justice.

Deo, who earned her Bachelor of Arts at the University of the Fraser Valley in 2012, is now an established lawyer living in the Gold Coast area of Australia, having completed her Juris Doctor, Master of Laws, and Graduate Diploma of Legal Practice, all at Bond University in Queensland, Australia.

In recognition of her professional achievements and her commitment to promoting issues related to equity and diversity, she is this year’s recipient of the UFV Alumni Association’s Young Distinguished Alumni award at the University of the Fraser Valley.

Like several other successful UFV alumni, Deo started out at a different university.

She went to UBC Okanagan to start as part of the Bachelor of Science in Biotechnology (Honours) co-op program offered jointly by UBC-O and BCIT.

When she returned home to Abbotsford for the summer, she took electives at UFV. 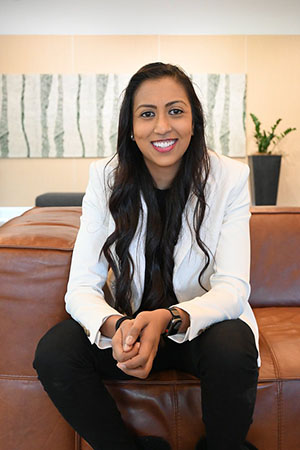 “My initial plan was to get the science degree and then a law degree so that I could pursue a specialized law career in the biotechnology field,” she recalls. “But I struggled with organic chemistry and when I took summer courses for fun at UFV, I found that I really enjoyed the humanities and social sciences, so I switched.”

Once she started as a full-time student at UFV she dove deeply into philosophy.

“I was fascinated with understanding why people think they way they do. I took every ‘philosophy of’ course that I could: philosophy of education, of religion, and of law.”

She was also intrigued by political science, partly because she found a mentor and role model in Dr. Rita Dhamoon, then a professor at UFV.

“I took every course I could that she taught, and she introduced me to activism.”

Dhamoon invited Deo to take part in the UFV Race and Anti-Racism network and to volunteer with the Centre for Indo-Canadian Studies (now the South Asian Studies Institute). Highlights of these experiences included presenting on the topic of white privilege, and volunteering in for a high-profile international conference hosted at UFV.

Although Deo’s distant ancestors are from India, her family lived in Fiji for more than five generations, so she’s part of the widespread South Asian diaspora, and has now spread her wings further by immigrating to Australia.

“So much of my interest in identity politics grew out of experiences I had at UFV,” she notes. “Public conversations I am leading now in Australia are based on a foundation of conversations I had and initiatives I was involved in as a UFV student. My experiences there helped me define and understand what it meant to be a Canadian from a different background.

“UFV was THE best time of my life. The people and programs there provided me with so many opportunities and I really came into my own. The faculty and staff had a very strong influence on my personal development.”

That included a stint as an intern with what was then called the Marketing and Communication department at UFV, helping with events and student recruiting.

“My time with Marcom taught me what it’s like to have a fun, happy, enjoyable job, and it set a benchmark for me. I got to visit high schools to talk to students about pursuing a post-secondary education, and help with events like the campus opening party for the new Chilliwack.”

Deo retreated back into an introvert’s shell when she moved to Australia to study law at Bond University, keeping her head down and focusing on studying.

When she graduated her focus was initially on billable hours and making the big bucks after living on a student’s budget for years.

“I can remember when a treat was spending 50 cents on a McDonald’s soft serve ice cream so yeah, I had a bit of money lust in the beginning! I wanted to live more comfortably.”

But after three years she decided that there was more to life than maximizing her income. She looked for ways to become more involved in her community and in activism. 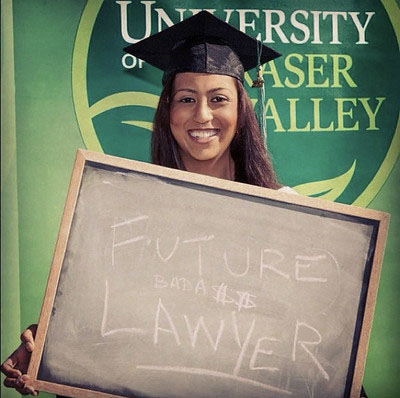 “I thought back to my UFV days when I was involved with volunteering. I realized that I’m in my ‘flow’ state when I have a variety of work and am connected to my community. I started to get involved with the Queensland Law Society (QLS), the peak representative body for the legal profession in Queensland, becoming an early career advocate and raising issues related to the underpayment of junior solicitors.”

This led to a break from actively practising law to working for the professional development team for the organization, undertaking projects such as creating a continuing education programs for early career lawyers. Sheetal then worked with the Society to establish its first Relationship Manager — Future Lawyers, Future Leaders role, which she then occupied. Similar to her role at UFV, this role provided Sheetal the opportunity to support law students in their transition from law school to lawyer and in their formative years of practice.

Deo realized she wanted to improve access to justice for the ‘missing middle,’ so she started her own practice — Shakti Legal Solutions. She resigned form her role at QLS to build her legal practice in March 2021.

“Education and professional development are very important to me, as is community. In the South Asian culture, we really value taking care of family. I want to educate people that this should extend into will and estate planning to take care of family in the future as well.”

Deo is lawyer by qualification, but she is an advocate by choice. She is passionate about leveraging platforms and privilege to amplify under-represented voices and experiences and improving access to education and legal services. She occupies several roles that she uses to facilitate her passions and drive social impact. 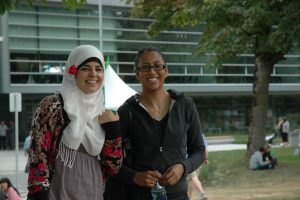 She attributes the foundation for this initiative to her undergraduate studies in political science and philosophy at UFV.

Outside of these roles, Deo volunteers her time as the co-founder and President of Ethnic+ Inc, a not-for-profit member association aimed at supporting and championing diversity within the LGBTIQA+ community.

Sheetal is also the State Director (Queensland) for Out for Australia, a national organization aimed at providing support for LGBTIQA+ students, and serves on the management committee for the LGBTI Legal Service, a community legal centre providing legal assistance to the LGBTIQA+ community.

She is also an adjunct lecturer with the College of Law in Queensland.

“It took me 90 tries to record an adequate thank-you video. I have so much love and admiration for UFV and value the time I spent there. To have the university deem me worthy of this honour is very humbling because a lot of what is being recognized is rooted in my time at UFV. The paths I have taken professionally and personally all started there and I can only hope to continue to honour UFV and its investment in me.”