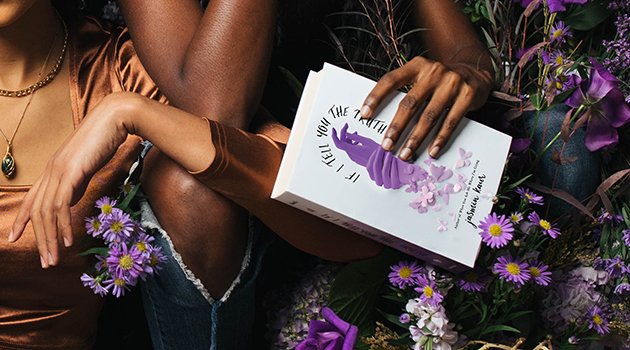 From her bedroom office in Abbotsford she is living the life of a twice-published author and worldwide influencer.

Her novel If I Tell You The Truth, is interspersed with poetry and tells the story of Kiran, an international student who stays illegally in Canada to raise a baby daughter conceived via sexual assault, and Sahaara, the daughter who grows into a young woman facing her own challenges.

This latest book was was preceded in 2019 by When You Ask Me Where I’m Going, also a combination of prose, poetry, and illustration that introduced readers to the characters who are developed more fully in the second book.

Jasmin, who has yet to turn 30, earned a Bachelor of Arts with a major in English from UFV in 2017.

Before she created this imaginary world for her characters, she had to imagine a life for herself that went beyond the traditional career-focused goals of her generation of students. 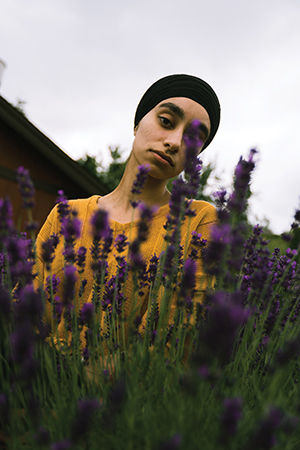 “Heading into university, Grade 12s face a lot of pressure to know what they are going to do, to have a plan in place for a career, so my plan was to become a teacher,” she recalls. “But once I started taking creative writing courses at UFV, I enjoyed them more than anything else. When I fell in love with creative writing, my life plans changed drastically. We are not socialized to believe that a career as a writer is practical or accessible. I pursued writing simply because I loved it, and that has resulted in a career for me.”

Ironically, it was a digital platform that brought Jasmin to the classic art of writing poetry. As a teen, Jasmin discovered the genre of spoken word poetry through You Tube videos and was transfixed as a viewer and listener.

“I gave writing poetry a shot and found I really enjoyed writing and performing it. But I was very shy. I tried out performance at a summer camp for young Sikh women, which gave me the confidence to carry it to a more public space.”

She started hosting poetry events in Surrey and Delta, B.C. And once she tapped into social media, she truly found her audience.

“I discovered Instagram in 2012 or so. I started to post my poems there and found it so cool that I could write a poem and someone somewhere across the world could engage with it, without mediation by any gatekeeper. The emergence of social media made for a really creative space for young artists to share their work.”

Taking the creative writing courses at UFV contributed to her development in a major way.

“Learning with professors Michelle Superle and Andrea MacPherson played a momentous and life-changing role in building my passion for writing. Some of the work that ended up in my books began in those classes, which were in a workshop format. We would share our work with professors and peers and then come back and have conversations about it — what our peers saw and loved, and where there was space for growth. I was very shy and introverted — the idea of handing someone my work terrified me but they made the spaces very safe and

empowering. Once I graduated, I missed workshop spaces — it’s one of the reasons I am pursuing my Master of Fine Arts now.”

UFV also helped her evolve as an activist.

She was always drawn to stories that relate to BIPOC and marginalized communities, beyond the traditional canon of Shakespeare and Milton and other male writers from previous centuries. 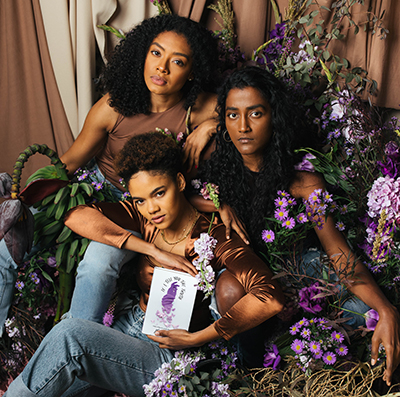 “Learning about injustices other communities faced — for example a course that I took on Romany literature that showed how marginalized that group has been — is exactly what the study of literature should do,” she notes.

She did become a teacher, and enjoyed a six-month foray into teaching Grade 4 in Abbotsford in 2018.

“Teaching was very positive experience for me. When I was growing up as a Punjabi girl in Abbotsford most of my class was brown like me, but we didn’t see teachers who looked like us.

“I wanted to be a teacher partly because wanted someone who looked like me to be at the front of the classroom. Kids naturally want to share and connect with teachers, and they can to some extent, but I think it does subconscious damage if you don’t see yourself reflected in this key profession.”

One legacy of her brief teaching career was to encourage students to correct other teachers on their pronunciation of Punjabi names and not allow the normalization of mis-pronunciations.

But she wasn’t ready to settle into a multi-decade career as a teacher.

“I knew I had a book bubbling in me, but it was hard to have time for it as I was so focused on my education and career,” she recalls. “I had a whole pile of poems written, and the winter after I finished teacher training I locked myself in my bedroom, focusing on writing and polishing my poetry, creating a manuscript, and filling in the gaps with new poems. Then I edited them in a two-week burst over spring break.”

A friend she had met through the spoken word poetry community passed her manuscript on to a publisher, but also recommended that she get an agent.

“I had noticed a literary agent from New York was following me on Instagram so I thought I would reach out. She said she had followed me because she was interested in working with me.”

This led in rapid fashion to a two-book deal with HarperCollins in spring 2018, the publication of her first book in 2019, and the follow-up book this past January of 2021.

“What a whirlwind it was! I was shocked. Would not ever have planned that I would have a two-book contract so quickly, one that allowed me the time to pause and work on writing exclusively.”

Jasmin’s writing blends poetry and prose, and its content is infused with her passion for social justice.

“Poetry is my first literary language. I have been writing poetry since I was 19,” she says. “I find it a very concentrated, compact way of telling a story, one in which you can channel emotions. I am drawn to poetry as a way to navigate difficult subjects. I use poems as a way to convey the emotions of my characters, to offer catharsis for the trauma experienced by them.”

Her work highlights political and social issues through experiences of her characters, including sexism, violence against women, racism, classism, and political oppression.

“I have always been passionate about social justice and advocated for equity and against racism. My passion is informed by my experience as a Punjabi Sikh woman. As a person

in a brown body in a racist society you can’t help but live it.”

Her poem Scream speaks to the experience of women in her life who have faced injustice but who have not been heard. But it has been adopted as a poetic anthem by women all over the world.

“I was surprised at Scream taking off like it did. It’s even been used in court as part of victim-impact statements.”

If I Tell You the Truth is like a longer, narrative version of Scream, and it does not shy away from examining difficult issues or shining a light on inequity in her own culture. It even comes with an eight-item trigger warning.

“Violence against women is a serious issue in all cultures, even within our community, and it will be forever, or until men decide to take ownership of the problem and take a stand against it.”

She also engages in activism, mostly via social media.

to them. If you speak the truth about social issues you can shake up the world in a powerful and real way. There is immense power in the accessibility of social media. I am in constant awe of how young people are learning and evolving tactics for new platforms like Tik Tok.”

Jasmin finished writing If I Tell You the Truth right before the COVID-19 pandemic hit, and the timeline of the narrative extends into 2020 and 2021.

Rather than adjust the story to reflect the pandemic, she included afternotes about how it may have affected her characters.

And while a pandemic where we all had to stay home might seem like the perfect time for a retreat into writing, Jasmin found she had to take a breather like many others.

“Many thought that during COVID would be a good time to hunker down and be creative, but for me it was overwhelmingly drastic shift in how we live. My energy was consumed by contemplating what life will be like in long term. And I had just finished writing a book.

Creativity needs to be replenished by rest and consuming other media rather than creating it. Then, after a restorative period when I learned how to make sourdough like everyone else, I jumped full force into starting my MFA and working on my new novel.”

Her latest work is a fantasy novel set in Abbotsford, featuring a teenage Punjabi witch. She will have more news to share about this project soon.

“Writing full time is a challenging career but every single day I am grateful,” she says. “It’s hard work but an intriguing way to live. You invest your life in an imaginary world that you make so believable and real that people around the world connect with it. And it’s magical that something I pounded out from my brain is now a bound and published book that I can hold in my hands.”

Named a rising star by Vogue Magazine, and a writer to watch by CBC Books, Jasmin Kaur’s work has been celebrated at the American Music Awards by musical icon Jennifer Lopez and shared by celebrities like Tessa Mae Thompson and Reese Witherspoon. She has been featured by Harper’s Bazaar India,  Huffington Post, The Indy 100, Elle India, Popsugar and other publications. Follow her on Instagram at @Jusmun.