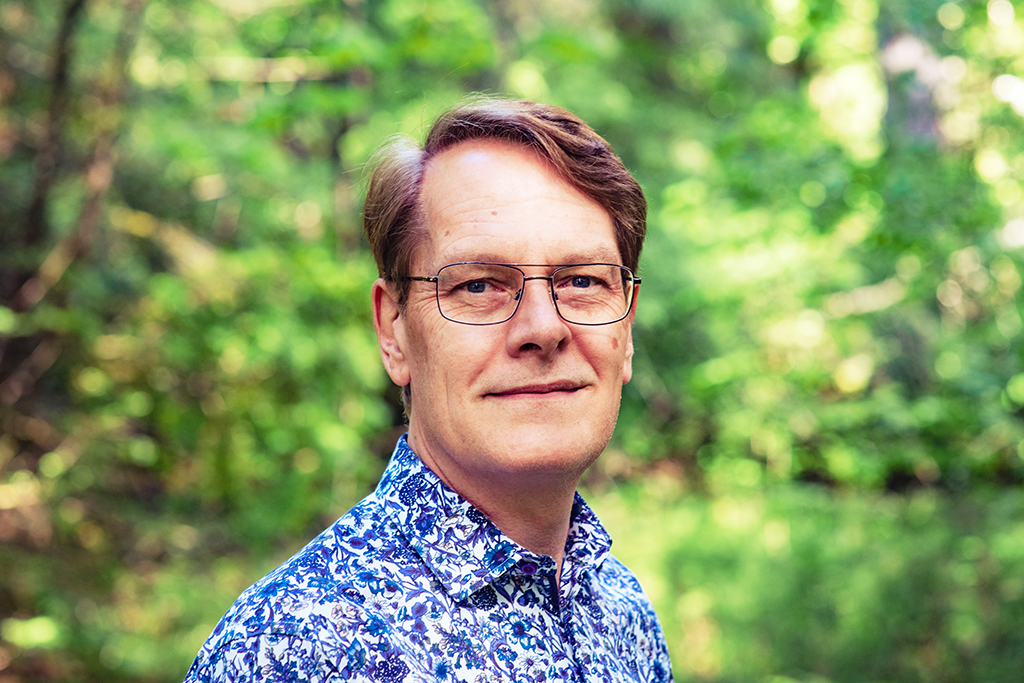 James Chamberlain near his home in Nanaimo. Photographed by www.rickcollinsphotography.com

When James Chamberlain was a youth attending school in Abbotsford, he didn’t see himself reflected. Not in the books he was assigned to read, the teachers who guided his education, or in his interactions with his fellow students.

“School was difficult and a lonely place for me,” he recalls. “I was targeted with homophobic bullying by my peers from about Grade 3 on.”

Chamberlain knew that he was different, but didn’t publicly come out as gay until he was 25 in 1988, once he’d moved to Vancouver and made connections in the LGBTQ+ community.

“The LGBTQ+ population was not visible to me growing up on a farm in Mt. Lehman,” he recalls. “There were no positive role models in school, no education on LGBTQ+ issues and no social media or Google to find out about the wider world. All we had were three channels on TV and a party-line phone shared with 10 other families.”

Once he became a teacher, he devoted more than two decades to making British Columbia schools a safer, more welcoming place for LGBTQ+ students and teachers.

For his advocacy in this area, he has received an honorary Doctor of Letters Degree from the University of the Fraser Valley.

While he feels overwhelmed and humbled by being selected for an honorary degree, he wants to share the credit.

“I see this honorary degree as recognition and honouring of all people who put their professional reputations on the line to improve the experiences for LGBTQ+ students and staff in schools. There were those who came before me, those who were change agents with me, and those who continue to be leaders in our schools now.”

Dr. Martha Dow, Director of the Community Health and Social Innovation Hub at UFV, helped to nominate Chamberlain for the honorary degree. She is grateful for his advocacy work, from the perspectives of both an educator and a parent in a lesbian-led family.

“In my classes, James’ example and path of resistance to explicit and inexcusable homophobia is studied and explored as a response to our inclination to be bystanders in the face of these forms of relentless and exhausting bigotry. We study the various court decisions leading to the 2002 Supreme Court decision, we examine current challenges with respect to the continuing practice of book banning, and students engage in significant research projects exploring the experiences of queer students in the K-12 system — all fuelled by James’ story. James has also been such an important example as we have raised our three children to understand the power of activism and the need to be thoughtful and engaged citizens.”

It took Chamberlain a while to find his vocation of teaching. 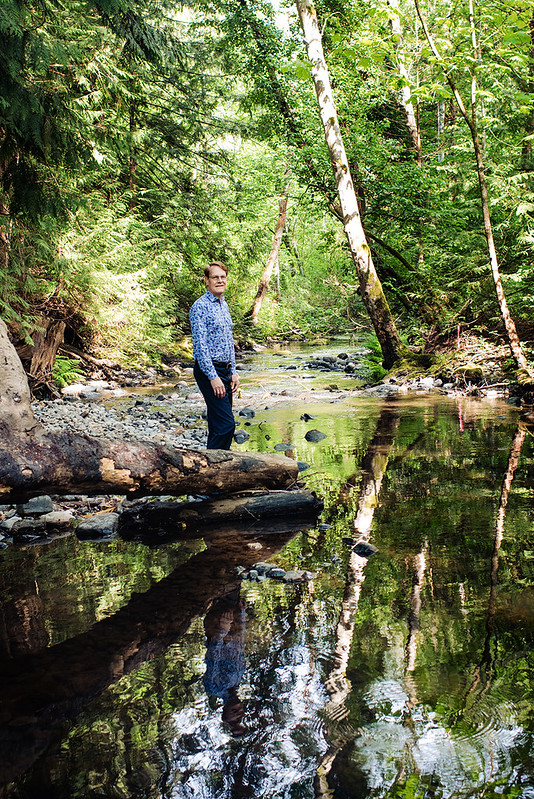 A quick foray into UBC at age 17 didn’t work out, so he returned to Abbotsford and enrolled at UFV (then known as Fraser Valley College) in 1981.

“UFV’s willingness to take me in was a real lifeline. It helped me upgrade so that I could continue my education. I needed to leave the Valley. The pattern at that time for young people locally was to get married one or two years out of high school, and I knew that was not going to be my life.”

Once he graduated with an agriculture degree from UBC, he started working as a technician on the UBC Farm, and then for the Vancouver Aquarium. Both jobs involved a teaching element, and he decided on teaching as a career goal.

And once he became a teacher, he realized that he was heading back into an environment that was not particularly welcoming to LGBTQ+ people.

“I was already out of the closet and I did not want to go back in it as a new teacher.”

In 1992, he asked the BC Teachers Federation if he could write an anonymous article for its newsletter about the homophobia he encountered as a substitute teacher in schools.

This started a conversation that led him to work in many leadership roles with: Gay and Lesbian Educators (GALE-BC) which later became the Pride Education Network. He also worked with the BC Teachers Federation and helped many school boards to develop LGBTQ+ policies to protect and support students. He ended his career as an out elementary school Principal with the Vancouver School Board.

“My activism started as kitchen table conversations with a handful of other teachers which aimed at battling the homophobia we were witnessing and experiencing in the school system. Our role was to shake things up and make positive change!”

He also took a leave from classroom teaching for four years to design workshops and develop curriculum with a social justice focus for the BCTF.

But he is best known for the very long judicial journey he embarked on in 1997, when he (along with others) sued the Surrey School Board over its banning of books about same-sex families. The case eventually went to the Supreme Court of Canada, and was resolved in his favour in 2003, six years after it began.

“I was teaching kindergarten and my principal asked a routine question about what books I was reading to my students. Some of them included same-sex parent families, and she warned me that the school board would not approve of those.”

This led to the long battle to have them approved.

“I was very relieved and somewhat surprised when the Supreme Court ruled 7-2 in our favour,” he recalls. “I wasn’t sure what the outcome would be, but I knew that by continuing to fight it all the way to the Supreme Court, it would stop other school boards from trying to ban books about same-sex families.”

Chamberlain continued his advocacy work within the K-12 system until his retirement in 2019. He helped work with others to develop 23 LGBTQ/SOGI school board policies between 2004 and 2012, and has worked on LGBTQ issues in education at the local and national levels.

While he is heartened by the many improvements in the school environment for LGBTQ+ youth and children, he also knows there is still work to be done.

“LGBTQ+ students and children of same-sex parents have a right to be safe in school and to see their realities positively reflected in the curriculum.”

A longtime Vancouverite, he now lives in Nanaimo with his husband, Jean-Marie Russell, with whom he shared a commitment ceremony in 1988. Chamberlain maintains some Fraser Valley roots. His father still lives on the farm in Mt. Lehman, and once gay marriage was legalized, he and Jean-Marie were legally married there in 2004. 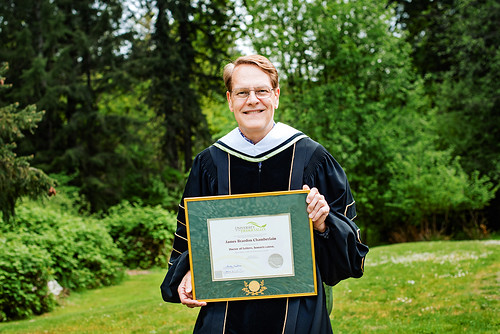