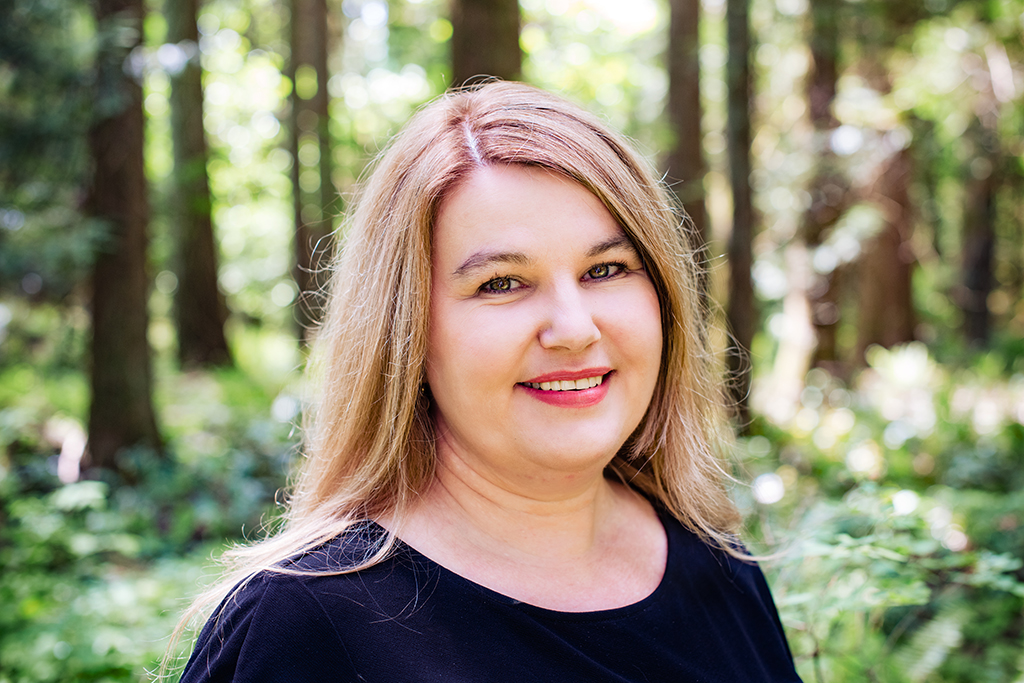 It began in the basement of her childhood home. For Andrée Cazabon, the magic of film and the world of visual storytelling bloomed in a makeshift cinema.

Cazabon was seven years old living on the outskirts of Ottawa when her father put on the classic French Canadian animated short The Hockey Sweater on the 16mm film projector for her and other neighbourhood kids. As the film whirred to the screen, the colour of the picture, the emotion in the dialogue, and the sight and smell of the celluloid film became ingrained in her memory.

“I was sitting close to the projector and I was just fascinated that this story could literally come to life,” says Cazabon, who also lists a full spectrum from Star Wars to a documentary on the Holocaust as inspiration. “But to see a film of a book that I knew, I remember that being very impactful.”

Almost four decades later, her passion for film has come full circle. Cazabon is indeed a filmmaker — and a very influential one. Her work is nationally recognized for bringing much needed awareness and change to issues pertaining to the Indigenous community from the child welfare system to education reform. In the past 20 years, Cazabon’s films have been viewed over a million times on Canadian platforms and have won several national awards.

It is this relentless dedication to tell original and authentic stories of Indigenous youth and families that has garnered the respect and admiration of some members of the UFV community from afar over the years. When Cazabon and her university-aged daughter moved to Vancouver Island at the start of the global pandemic, UFV president Joanne MacLean reached out to her, giving her her proverbial flowers and awarding her with an honorary degree.

“I was completely baffled and confused, I didn’t understand at first I was shocked,” Cazabon says with a laugh. “Joanne almost had to hold my hand through the call — in a remote way — just to kind of help me catch my breath and understand what this incredible honour was.

“What was very moving for me was learning that some of my earlier work on child welfare reforms was highlighted by some of the folks in UFV’s social work department and that my films are of help in their classroom.”

Getting the accolades and the recognition is both remarkable and humbling to Cazabon. Long before she found her niche as a social justice documentarian, she was a film student at Ryerson University in Toronto, initially interested in writing comedies.

But as a person who experienced substance abuse as a teenager, she found her calling telling powerful stories about people who overcome obstacles and find purpose. Her 1999 debut film Letters to a Street Child was essentially a memoir based on the letters her father sent her while Andrée was on the streets and  in rehab in the United States. Her film became a movement to change policy and raise funds for the first residential treatment centre for teens in Ontario. Today, the Pine River Institute has helped over 400 families. 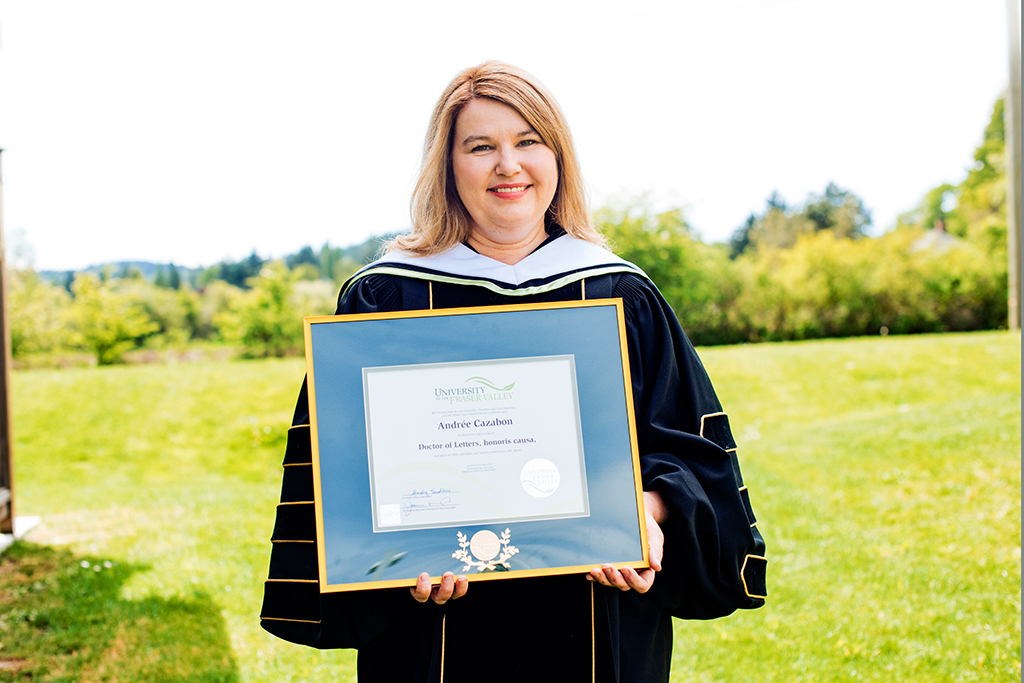 Photographed by www.rickcollinsphotography.com
Rick Collins is an editorial documentary photographer based in Victoria-Vancouver, British Columbia, Canada.

Being a voice for the marginalized, the forgotten, and the vulnerable has become a theme throughout Cazabon’s career. “I love the filmmaking process but my commitment is to make social change with the film as a tool for myself and for others. I create not so much for my film industry but more for communities and being able to look back and see tangible impacts on the ground or at the policy level.”

In 2007, she made a personal and professional 10-year commitment to the reconciliation movement through education.

Cazabon’s 2010 documentary 3rd World Canada explored the devastating conditions that Indigenous youth in northern Ontario endure from the inequities in living conditions and systemic policies. Her 2018 film Economic Reconciliation focuses on Indiginous business leaders’ mission to eradicate the systemic economic setbacks that have resulted from Canada’s colonialism and how to move the country forward in a good way. Cazabon, who considers herself an “ally-settler”, has learned the delicate balance between activism and mainstream appeal in order to drive policy and economic and perception change regarding the Indigenous community.

“We humanize our stories so that anybody could feel compelled to play a role in the solution,” she says. “Whether they’re a social worker or a business person in Toronto, they could be part of making a difference. That’s why I make these films.”

Documentaries are not the extent of Cazabon’s education platform. Her company, Productions Cazabon had launched with First Nations University of Canada Reconciliation Education, an online educational site that provides multi-media content aimed to help classrooms and organizations meet the “94 Calls to Action” to promote a renewed relationship between Indigneous Peoples and Canadian Settlers.

Reconciliation Education offers the “4 Seasons of Reconciliation” online courses, which is available in 10 provinces and has reached over 76,000 students. Rideau Hall acknowledged her service to reconciliation by awarding her the Meritorious Service Decorations – Civil Division.

“We’ve been able to reach more people through online courses than we certainly ever could at a film festival,” says Cazabon. “We have learners from all kinds of workplaces, from the top banks in the country to engineers, universities, to government and even daycares. It’s such a mix of different people learning the basics about reconciliation in a transformational way and from authentic Indigenous voices.”

There has been plenty of time to reflect on her social justice work during the pandemic year. She lives on Vancouver Island in a housing project unit that she rents from Tsartlip First Nation. Her daughter is living with her in BC, virtually attending First Nations University of Canada, studying business and finance.

Although her 10-year commitment to reconciliation film projects is up, Cazabon’s focus and purpose is not straying from reconciliation. There will still be human stories about the pain, the problems, and the progress, but she hopes eventually she can mix in a little of the original genre she envisioned as a new filmmaker back at Ryerson many moons ago.

“I still think I will go back to comedy one day,” Cazabon says with a laugh. “There is a way to combine really heavy films with comedy. And the thing is, I’ve never laughed so much in my life as I did working with this community.

“Because Indigenous people, you know, one of their medicines is a sense of humour.”