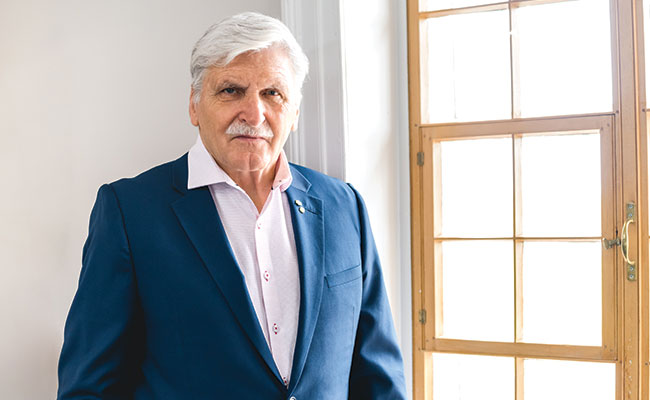 As a highly decorated veteran, courageous champion for mental health, and passionate advocate against exposing children to the horrors of war, Roméo Dallaire is an inspiration to multiple generations across the world.

For this and much more, Dallaire is being awarded an honorary Doctor of Laws Degree from the University of the Fraser Valley in a private ceremony Friday, June 4. Given ongoing restrictions on large gatherings due to COVID-19, UFV will host a virtual Convocation celebration that premieres on Friday, June 18 at 7 pm. This event will highlight messages from each of the UFV’s honorary degree recipients.

Humanitarian, author, statesman and retired senator and general, Dallaire was cast into the public eye while Force Commander of the United Nations Assistance Mission — peacekeepers forced to bear witness to Rwanda’s genocide that took more than 800,000 lives in fewer than 100 days.

“With his courage and compassion, Roméo Dallaire is changing our understanding of trauma’s impact on mental health, and through his efforts he is improving lives in communities across the world,” says UFV President Joanne MacLean. “We are honoured to bestow him with this honorary degree.”

Dallaire says his award speaks as much to his message of peace and youth empowerment as it does his own accomplishments.

“It’s an honour that I’m humbly glad about, but especially that people still think what message I might have is worth identifying and passing on to others. It’s an opportunity to influence the future, where I think too often we’re simply trying to survive the future,” he explains.

“It’s vital in this effort that we engage with today’s youth.”

Dallaire’s long list of recognitions includes the Order of Canada, the order of Military Merit, and America’s Legion of Merit. He’s currently working on his fourth book, which he describes as “a philosophical guide to preventing war that delves into how we prevent conflicts from degenerating into mass atrocities.”

His first book, Shake Hands with the Devil: The Failure of Humanity in Rwanda, won the 2003 Shaughnessy Cohen Award for Political Writing and the 2004 Governor General’s Award for nonfiction in addition to being adapted for two films. It was followed by the critically acclaimed They Fight Like Soldiers, They Die Like Children and Waiting for First Light: My Ongoing Battle with PTSD.

Revisiting experiences for those projects stirred haunting memories. Notes, photos, even smells sent Dallaire tumbling back in time, forcing him to face atrocities witnessed decades before.
“This stuff stays in boxes. And when it comes out by a trigger you relive that trauma like a teleprompter, digitally clear and in slow motion.”

Still, in each experience he found salvation in the hope and care for children.

“I looked into the eyes of Rwandan children and saw the same light in children here in Canada and all across the world. I found a purpose in finding ways to keep them from war.”

What he also found though it all was the power of love, meeting and marrying his wife Marie-Claude Michaud in 2020. 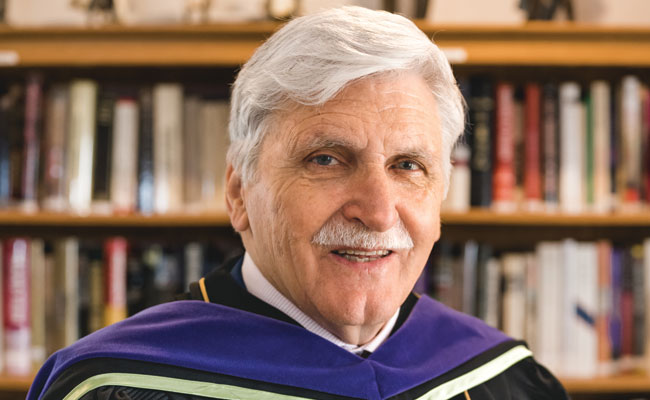 “I realized that what I was able to discover with that was a backdrop to why life was worth living, and that you could find a safe haven. You could find also a thriving atmosphere in love,” he says.

“Love is not something neat and kind of cute or whatever term you want to use. It is the most powerful absolute in humanity right now. It took me two decades of therapy to come to where I was and to discover that, in fact, I was even allowed to be loved after all those people that died.”

In receiving this honorary degree from UFV, Dallaire hopes to encourage younger generations to use the power of communication unbound by geography to use their voice to make a better world.

“The youth have got to become activists and push the generations ahead of them aside if need be … to change and adapt to the current revolution of communications. They’ve got the tools now to be able to multiply their message so much more than we’ve ever had in the past,” he says.

“They have got to pull this revolution together. And that’s what I keep stressing is that all humans are human. Not one is more human than the others. They all count. So engage in making them all count.” 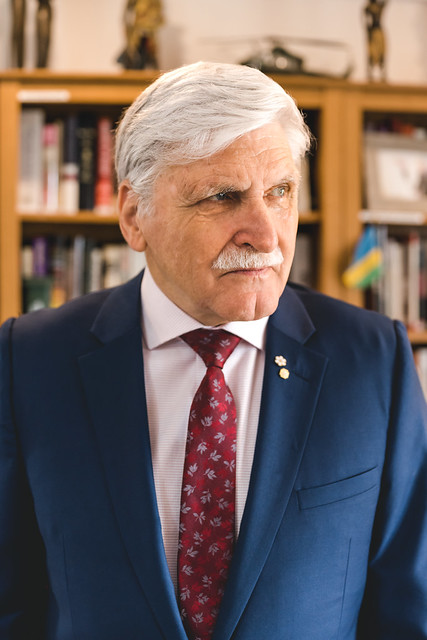