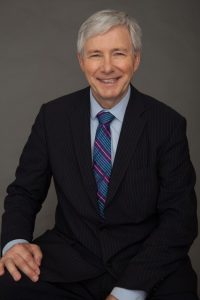 Canada’s relationship with China is currently at a delicate point, but Canada’s former ambassador to China says that’s all the more reason to keep the dialogue between the two nations going.

UFV’s Peace and Reconciliation Centre will host former ambassador Guy Saint-Jacques (who served in that role from 2012 to 2016) in a virtual presentation on Dealing With Modern China on April 29.

“China is an ancient civilization and an economic superpower. And it’s also a country that has suffered a great deal at the hands of foreign powers over the past century and a half. Learning about and coming to understanding other cultures helps one see past prejudice. Once a human connection is made you create new ways of thinking, re-framing, and problem-solving,” notes Carlson.

Carlson acknowledges that Canada’s current relationship with China is a controversial and prickly one.

“Discussing controversy is a responsible pedagogical imperative,” he notes. “When looking at our present cultural polarity, geopolitical divide, social unrest, and recently the rise in racism against Asians, arguably there could not be a better time to engage.”

Research has shown that when disputed issues are deliberated, it helps the invested examine their values and those of others, which may be divergent. Ultimately, this helps in understanding one another’s ethics and points of view.

“That is the vision of those who came together to found PARC, including the College of Arts, where the centre was born, with support from Research Engagement and Graduate Studies. The PARC team will always honor that legacy,” says Carlson.

The discussion with Guy Saint-Jacques will be facilitated by three UFV faculty members (Steven Schroeder, Edward Akuffo, and Fiona MacDonald) who have a great deal of experience in, and passion for, conducting conversations that dig deep to not only raise awareness but to build understanding that can then set the foundations for meaningful peace-building.

That’s why it’s important to hear from expert insiders such as Guy Saint-Jacques, Carlson notes.

“Canadians are rightly concerned about the current state of China-Canada relations. It’s important that we draw on people with diverse expertise so we can go beyond the headlines in the media.”

Saint-Jacques is enthusiastic about sharing his perspective with a UFV audience.

“While we are going through a difficult period in our relationship, we have to continue to engage with China especially if we want to address global issues such as climate change, nuclear proliferation and pandemics. But we will have to be more selective otherwise.”