The International Transgender Day of Visibility began in 2009 when Trans, gender-diverse, and Two-Spirit people recognized the need to celebrate Trans individuals and communities and their contributions to culture and society. This day is marked as a celebration, in contrast to the Transgender Day of Remembrance, which memorializes those who have lost their lives to anti-trans violence.

Dr. Evan Taylor, an assistant professor in the School of Social Work and Human Services at UFV, explains how the day underlines the need to acknowledge and celebrate the existence of Trans people.

“The day of visibility is meant as an acknowledgment that Trans people are seen. They exist, and are visible, real, contributing members of society,” Taylor explains. “It is a way of trying to nullify the systemic erasure of Trans people. From a social justice perspective, what is being said is ‘we are here, we exist, and want and deserve equal rights in society.’” 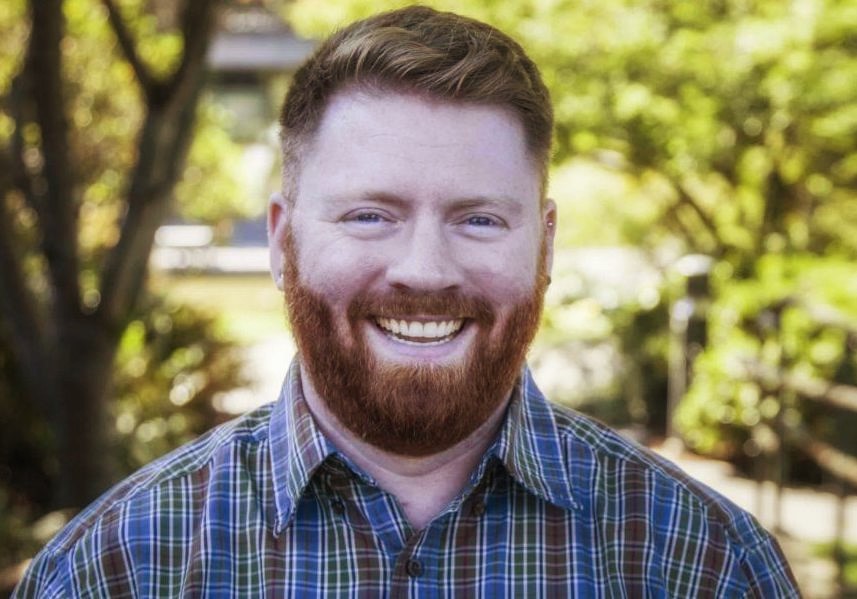 In many ways, and over hundreds of years, Trans and other gender-diverse people have had their identity effectively erased from historical records, Taylor notes. Many societies have traditionally identified people as male or female — a systemic binary gender bias that has the effect of erasing gender diversity.

“Our systems and institutions still rampantly ignore, deny, or minimize the very existence of Trans people. These systems have effectively erased people from societies and histories,” Taylor notes.

As an example of erasure, think of sports teams. They are systemically defined as men’s and women’s teams. As far as many athletic organizations are concerned, Trans people fit into neither category, so they are ignored and cease to exist in the sports world. The Trans athlete has been erased.

“This type of bias certainly exists in Canada today,” Taylor adds. “There was no explicit legal protection related to gender diversity in British Columbia’s Human Rights law until 2016 when BC finally added both gender identity and gender expression. Our health-care system and other institutions implement and reify the colonial gender binary all the time.”

Recent research also suggests there may be a paradox related to Trans visibility. As society moves towards highlighting certain portions of transgender existence, other segments of the Trans population may remain hidden or ignored — the resulting impression may be that society has progressed much further toward acknowledging and celebrating gender diversity than it actually has.

Still, Dr. Taylor acknowledges that while much more needs to be done to eliminate the erasure of trans people, steps forward are good steps.

“There are Trans people alive today who were out and advocating for Trans equity when it was illegal to do so and who were publicly shamed and lost their entire lives and careers. And so of course, creating visibility for trans people is about creating more visibility for gender diversity. But it is also a matter of social justice — of creating room for seeing, celebrating, and acknowledging the incredible achievements and contributions that gender diverse people have made and will continue to make across history.”

Sylvie Murray selected as Dean of College of Arts
“The Crown as an Agent of Reconciliation?” PARC launches Peace Talks series — April 14