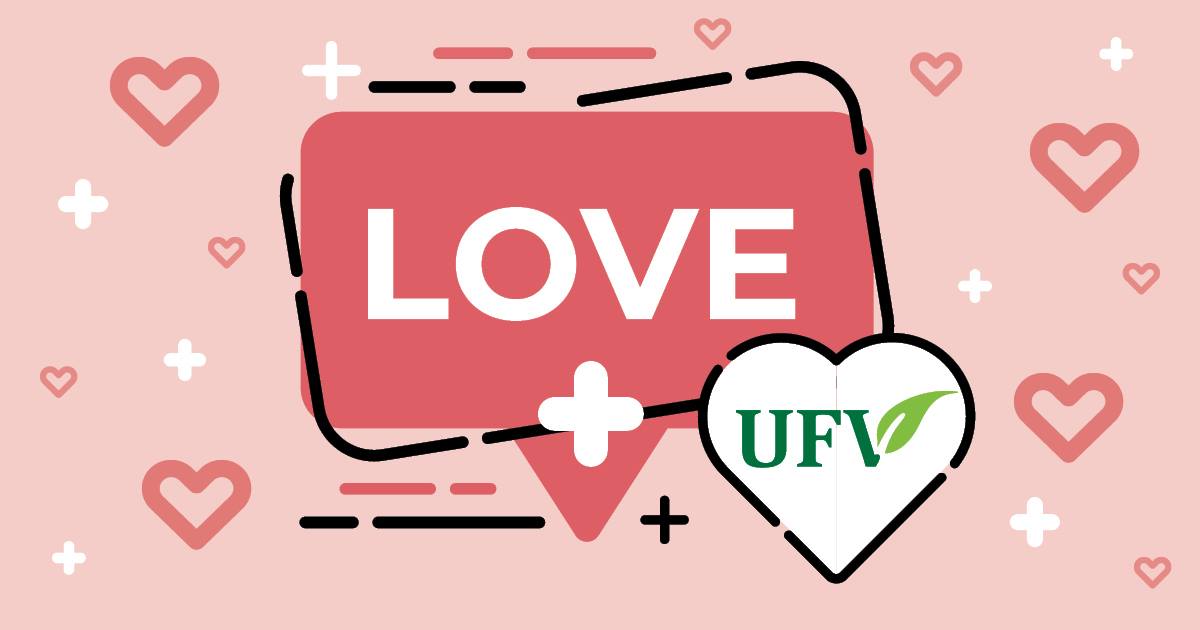 A stolen glance across the classroom aisle. A chance encounter in the Timmy’s lineup. Running in to one another while both trying to find a prof’s office in the maze of Building D. There’s are many ways romance can be kindled at UFV. Here are a few #ValentineUFV stories to warm your heart. 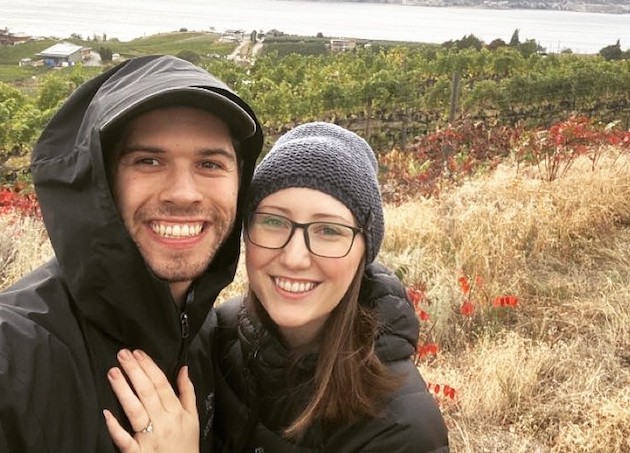 “I was working as a library technician at the UFV Library at the Chilliwack campus at CEP when a handsome fella walked in and made my heart flutter! Joe and I originally met in high school but lost touch until four years later when he walked in during my shift on Remembrance day. I was nervous to go out with him because I knew I’d fall in love with him, and I was leaving for grad school in a month. Three years later and we are going strong! Actually we’re in the middle of renovating our home in Yarrow and are engaged! Guess we were both at the right place (UFV) at the right time in November 2017!”
— Janelle Haley, MLIS (’19), BGS (’17) and Joseph Sztuhar, BBA (’17) 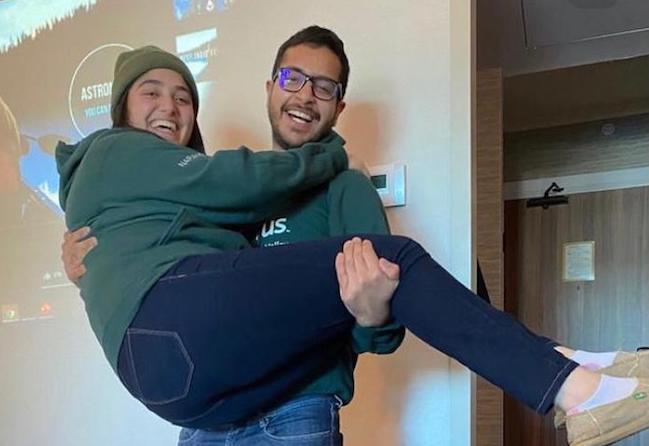 Aneesha and Harpreet on the Enactus club’s trip to Calgary in pre-COVID times.

Hannah Celinski’s public speaking class proved to be the sweet spot for Aneesha and Harpreet, who met in class and continue their romantic journey together. They are both accounting majors who will graduate this year.
___
“I was in the first BA class in 1994, decided to cap off my studies with the UK study tour that summer. Met my now-husband Shane Elliott on that tour, we started dating later that year. This year we will celebrate 25 years married. Shane worked at UFV for awhile in the late ‘90s, and I started working at UFV in 2001. Our daughter just graduated from the Graphic Design program, and is working FT in that field. Our son is in Gr. 12, and is thinking of applying at UFV for the fall.”
— Michelle Elliott
___ 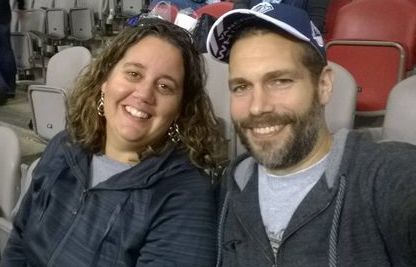 “My now-husband Mark Brosinski started at UFV in 1996 when it was still UCFV (in fact, he never left — he’s now the Manager of Budgets & Financial Planning). He started by taking a year of Sciences, but then decided to switch into the Business program in 1997, which was perfect timing, as that’s when I was starting the Business program as well. We took several classes together and quickly became friends. We started dating in 1999 and graduated together with our BBAs in April of 2002. We were married in October of 2002 and welcomed our first son in 2006 and another in 2008. Still happily married all these years later!
— Amy Brosinski

“I met my future hubby Darren Francis at UFV while working on campus. He was a work-study student and I was a co-op student. Started as student colleagues, became great friends, started dating, and now married for 19 years!

“I saw my (now) husband Michael Peters in the hall waiting for a class & thought he was cute! So I waited for him to go into class, then I went in and sat next to him. He asked me out a couple weeks later and we’ve been together five and a half years.”— Samantha Peters

“That was a pretty good day.”
— Mike Peters

“I met my husband in English class at UFV! Married for seven years this year!”