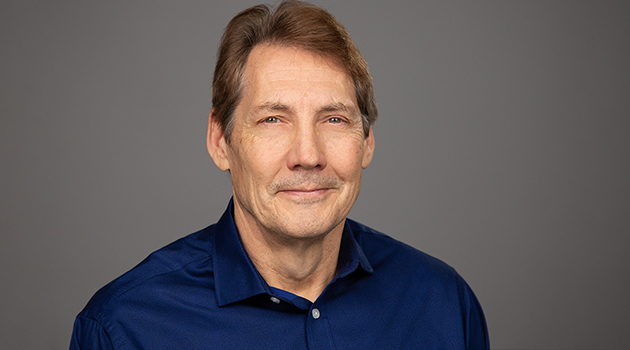 “Pete turned to me, and said, ‘What’re the Indians so upset about, mate?'” Harding recalls. “When I began to launch into a description of some of the disastrous effects of colonization, he cut me off and said, ‘I get it, Robert. We’ve been through pretty much the same movie here in Aotearoa.'”

That was the moment Harding realized that what had happened to Indigenous peoples in Canada was core to the experience of being Indigenous around the world.

Decades later, and with a long list of accomplishments behind him, Harding is being recognized with UFV’s Research Excellence Award for his work on Indigenous issues.

The award comes as the UFV Social Work and Human Services professor finishes his 22nd year with the university this August.

“It’s satisfying, it validates the importance of the work I’ve been doing,” he says, also nodding to his research assistants and collaborators who have helped along the way. “Watching my students blossom in this way is the most satisfying aspect of my job at the university.”

Harding hit the ground running when he started at UFV in 1998, vigorously engaging in relationship-building with Stó:lō communities, including Elders and representatives of the Stó:lō Nation. It paid off with the development of an Indigenous-focused Social Services diploma, and the establishment of the first exclusive space for Indigenous students – a classroom on Chilliwack campus.

But it’s Harding’s research that is receiving attention right now, for good reason.

“His groundbreaking research on news representations of Indigenous peoples reflects a key UFV strategic objective — Indigenizing the academy — and has been published in prestigious international journals, as well as being recognized by his peers through invitations for written commentaries, speaking tours, research presentations and keynote speeches,” says nominator Eric Spalding, associate professor of Social Cultural and Media Studies at UFV. “Over the years, I have followed the evolution of his research, and always look forward to hearing about his latest projects.”

It’s important work because what’s written in the news media affects how people talk and think about Indigenous issues, and the social policy that is developed as a result, according to Harding.

Harding’s advice to people in the Fraser Valley and across Canada: take time to learn about “the people of the land.”

“Attend a demonstration in support of Indigenous land or water rights, visit a longhouse, read a book by an Indigenous author, or learn an indigenous language,” he suggests.

“While so much progress has been made over the last couple of decades, there is still a long way to go, but we’re moving in the right direction.”

Stay tuned for an update on how UFV plans to honour excellence award recipients in a physically distant manner.