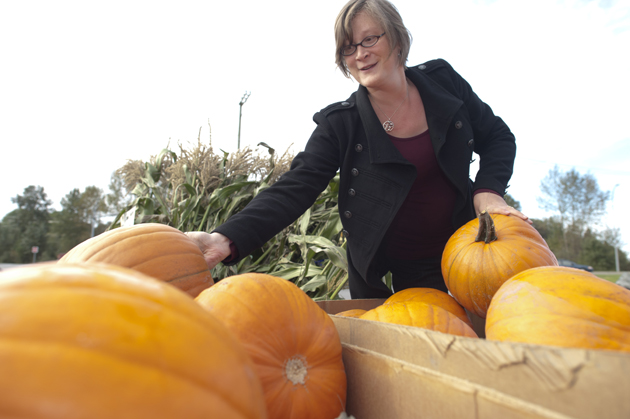 If you could go back in time, what would you do?

It’s an herb that was “loved to death” by the Romans, and it’s not the only vanished victual featured in Lost Feast, Newman’s new book about extinct animals and plants that were once on our dinner tables.

“I would have loved to have tried silphium,” she notes. “The Romans used it in almost every dish, and they ate it to death.”

You can hear Dr. Lenore Newman read from her latest book at a special event on Tues, Jan 21, at the University of the Fraser Valley Abbotsord campus library (Building G) from 5 to 7 pm. Admission is free, refreshments and hors d’oeuvres will be served, and copies of Lost Feast will be available for purchase. Please rsvp to danielle.mijoburch@ufv.ca.

Newman holds a Canada Research Chair in Food Security and Environment at UFV. She also serves as Director of the UFV Food and Agriculture Institute.

Newman’s academic career as a culinary geographer has included fieldwork around the globe in the study of public markets, regional cuisines, farmland preservation, global food security, and the ecology of the world’s food system.

Her search for extinct foods grew from her interest in passenger pigeons, once so plentiful that the North American sky was full of them. The last of the species perished in captivity in 1914 after overhunting diminished the wild population. The tourtiere we enjoy today as a meat pie was originally stuffed with pigeon. The passenger pigeon was also a dinner staple in other forms, such as roasted with vegetables.

And then there are aurochs, predecessors to today’s cattle, which roamed wild in central Europe until hunting and farmland encroachment rendered them extinct in the 1600s.

Newman sees parallels between food extinctions of the past and species in peril today. And her current research focuses on mitigating species loss.

“We have to ask: what has changed in our own food security systems to reduce the risk of species loss? Our most plentiful bird went extinct from over-harvesting. We can compare that to today’s modern fisheries, who also travel in groups, like the flocks of pigeons did, and are easy to capture en masse. We worried that the Atlantic cod would go extinct, but we’re starting to learn some lessons about protecting species. Did we learn them in time for the salmon and the bluefish tuna? We will have to see, and ensure that we do take the right steps.” 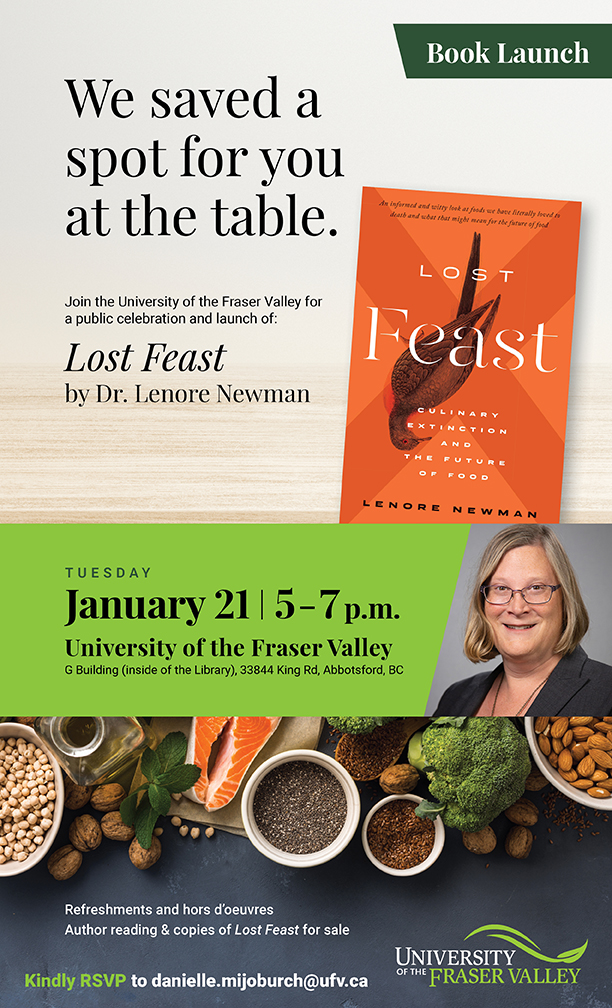 She has some advice for consumers who want to help avoid the loss of food species.

“First of all, green up your dinner table. You don’t have to go completely vegan, but minimize meat consumption. I love to eat beef and dairy but cows are really intensive users of our agricultural land, and as a result of my research I have consciously chosen to reduce meat consumption. We can do so much more with our farmland if we free some of it up from the demands of the cow.”

Land for grazing animals takes up 25 percent of the world’s not glaciated land surface, Newman notes.

Plant bee-friendly plants such as lavender and bee balm, even on your condo balcony.

And don’t use herbicides, which are damaging to the bee population, in your yard and garden.

“We really need to take care of our bees. They need flowers to eat and the opportunity to pollinate. And our crops need them.”

“We need the genetic diversity to ensure we have crops that are adaptable to climate change. Locally, we are blessed with great agricultural land and plentiful food production, but I am seeing the effects of climate change in British Columbia – too much heat for some crops, soil degradation, new diseases, and more flooding, due to short, intense bouts of rain.”

“It’s great to see a revival of the hops industry in a really locally focused way,” Newman says. “And there is some really neat greenhouse technology and innovation emerging. Farming is even moving indoors as a response to climate change. Berry farmers are starting to ask why not grow berries indoors, if we can grow peppers in greenhouses?”

Newman is in her second stint as a Canada Research Chair at UFV. The first focused on investigating Canada’s foodways, or how food defines Canadians and their culture, and how cuisine shapes identity. She also looked at environmental and social threats to food sustainability. This resulted, among other things, in Speaking in Cod Tongues, her well-received book on her quest for the definitive Canadian cuisine.

This second phase looks at food security and sustainability on a global scale.