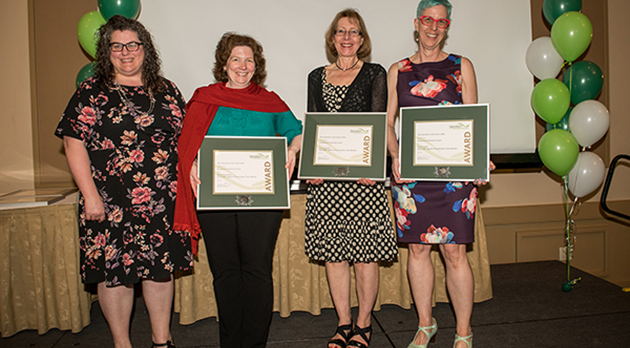 There’s no ‘i’ in teamwork, but there is a capital “UFV.”

That’s the sentiment of Academic Success Centre coordinator Sandra Smith when she talks about the organizing committee planning and executing the university’s Long Night Against Procrastination (LNAP) each semester.

Her team earned this year’s UFV Teamwork Award for their efforts to inspire academic action in students before final exams begin.

“It feels fantastic to be acknowledged as making a contribution to the university, and that the support we provide to students is being recognized by our colleagues as important,” Smith says, with the fifth LNAP now complete and behind the committee.

Every LNAP takes hundreds of hours of work from the small organizing committee, with Smith and her colleagues putting in long nights of their own in the weeks leading up to the event.

The UFV library and ASC are linchpins of the LNAP project but there are many other areas on campus that have contributed to the cause.

From departmental prize donations to student and staff cooperation, LNAP’s success is a wide-reaching undertaking.

“While LNAP is a cross-department, multi-campus event, the success of this organizing team is its focus on students and ensuring their needs are being met,” says nominator Maureen Wideman, AVP of Teaching and Learning. “At no time is it seen as an ASC or library event, but an event that celebrates and supports student learning at UFV from every corner on campus. The impression for students is that the entire school, through shared leadership and responsibility, is supporting their learning, not just one or two departments.”

Under the award-winning organizing committee’s guidance, the twice-annual LNAP has increased in size and scope every semester of its existence since its fall 2016 inception.

The recent winter 2019 event saw 250 registered students in Abbotsford and 88 in Chilliwack — nearly a doubling of numbers at Chilliwack from the year before.

LNAP organizers tweak the programming with each iteration of the event, improving on previous versions, or offering something new to the mix of activities and services.

Throughout the changes, the central vision of LNAP stays the same.

“On the surface it’s for students to have fun and to really connect with each other,” Smith says. “But part of our underlying message is to promote ourselves and to make sure our students are aware of services that they might not have accessed prior to that point.”

If students can maintain the momentum they gain from the event, and if they know support services are always available, then it’s mission accomplished for Team LNAP.

“LNAP is a testament to the success of this team,” Wideman says. “It continues to grow and make a significant impact on students. UFV should recognize these dedicated volunteers who make this event a success for our students and UFV.” 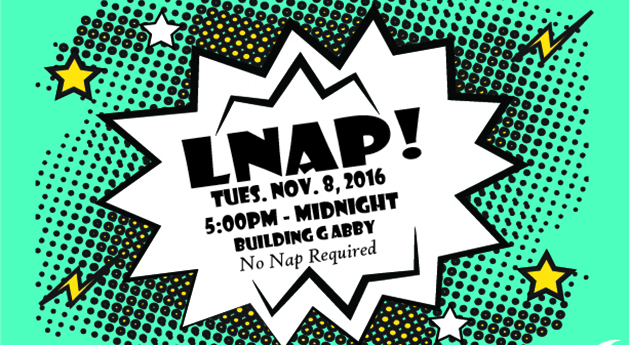