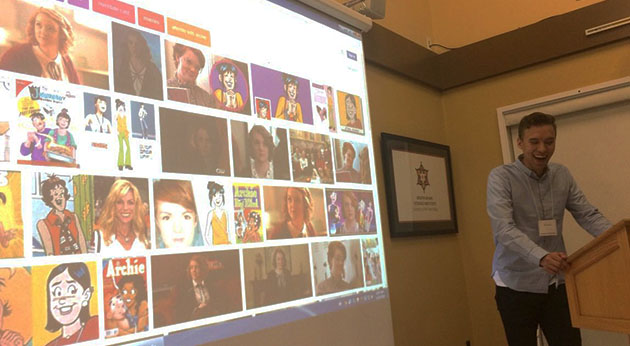 Academics and fans will gather once again at on Wed, March 13 for the second annual Riverdale themed pop-culture conference: “The Riverdale Universe: A Semi-academic Conference.”

Its schedule boasts 16 presenters, a full day of panels, and a choose-your-own-adventure-style interactive project, and wraps up with a milkshake social at Rocko’s Diner in Mission, where parts of the Riverdale pilot were filmed.

The name of Netflix’s reimagined Archie Comics universe is familiar to just about everyone in the Fraser Valley. It’s not only a binge- and cringe-worthy fast-paced teen drama with questionable plot points, but a show that has become well-known for filming in and around Aldergrove, Vancouver, and Langley.

As conference coordinator and Associate Professor of English, Heather McAlpine, can attest, Riverdale is capable of sparking a vibrant conversation at the crossroads of fandom and academia.

“When I made my opening remarks at last year’s conference,” McAlpine laughs, “I think I said something like welcome to what we believe to be the first, and very likely the last, academic conference about Riverdale. The whole thing seemed so impossible, and equally as wonderful.”

The whole thing started as an inside joke on Twitter, when McAlpine and several other UFV professors, graduates, and students started comparing their experiences of binge-watching Riverdale in 2017.

“We were cracking jokes about it, and someone made a joke about starting a conference,” McAlpine explains. 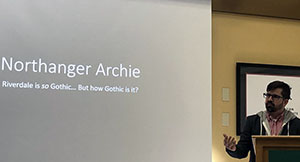 And then, suddenly, it wasn’t a joke.

It blossomed into a full-fledged conference, drawing presenters from around the country.

“Here we are, a year later, and it’s still gaining momentum,” McAlpine says. “We have more presenters, some of them coming from as far away as Ottawa and Montreal.”

It’s something she finds hilarious but also amazingly gratifying. And while sometimes she gets odd looks when she lists Riverdale alongside her other research interests — which largely focus on Victorian poetry — she sees it as all related.

“This conference shows how the tools and techniques that you learn by studying the humanities can enrich your experience of everyday life and the culture that’s all around you,” McAlpine says. “The humanities, and English, are not just about studying ‘great works’. They’re about making sense of the culture we think of as ordinary, too — understanding how it’s doing what it’s doing, whether you love it or hate it.”

“The Riverdale Universe: A Semi-Academic Conference” is a public event. It takes place in UHouse on UFV’s King’s Road campus in Abbotsford. Panels begin at 9 am, and the building is accessible. There is no registration fee, but the conference organizers ask that you register in advance to make sure they brew enough coffee and set up enough chairs. You can find more information and view the full schedule online at FraserValleyRiverdale.Wordpress.com.
— 30 —

At 105 (dog) years, Mac the canine counsellor at UFV is retiring
Daughter and father team up for Potlatch as Pedagogy book