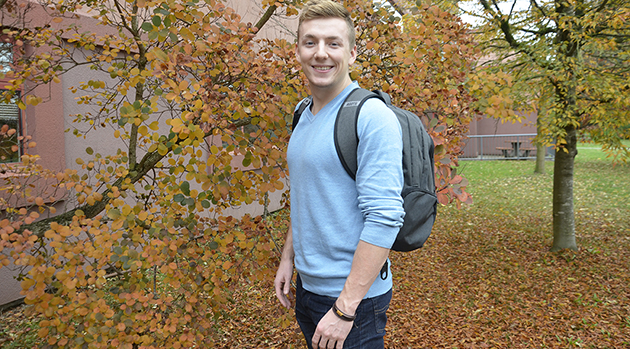 A total of 470 Indigenous students in BC, including nine UFV students,  have been awarded a total of $1.5 million from the Irving K. Barber British Columbia Scholarship Society to support their studies at post-secondary institutions.

Undergraduates winners from UFV are Tammer Byrne, Kevin Tyson, and Jaylene Soegard of Abbotsford, Fergus Dalton and Jessica Janik of Chilliwack, Keenan Beavis of Langley, and Gina Schulli of Surrey. Kate Crawford of Chilliwack and Hannah McGuckin of Abbotsford received the BC Indigenous Teacher Education award.

The Society’s Indigenous Awards program is funded from the returns on an endowment fund established by the Province of British Columbia. It was created to assist in removing barriers to higher education for Indigenous peoples. Awards of $1,000 to $5,000 each are issued every year through a competitive process to students studying at all post-secondary levels, from trades training to doctoral programs.

“Congratulations to this year’s recipients who are working towards their goal to be teachers, engineers and electricians. I am so proud to see so many Indigenous students advancing their aspirations and dreams through higher education,” said Melanie Mark, Minister of Advanced Education, Skills and Training. “Almost eighty percent of future careers will require post-secondary training. Our government is deeply committed to breathing life into the Calls to Action on reconciliation by supporting pathways and opening doors of opportunity for Indigenous learners. Together we are going to build the best B.C.”

The Irving K Barber BC Scholarship Society provides scholarships and awards to students attending public post-secondary institutions throughout the province and internationally. Since its inception, over $17 million has been distributed to BC students from its seven scholarship and award programs. The Victoria Foundation provides administrative support to the Society.

“Not only is the success of British Columbia’s indigenous communities a hugely important step in the reconciliation process, it is vital to the well-being of our entire province”, said Rajiv Gandhi, Chair. “The Indigenous Awards provide opportunities to students of indigenous heritage, and IKBBC is proud to play a part.”