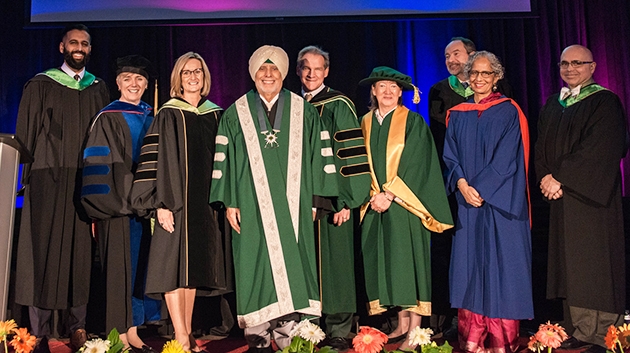 Drummers, dancers, and dignitaries were on hand on April 19. 2018, as Andy Sidhu was formally installed as the University of the Fraser Valley’s third Chancellor.

A long-time proponent of community engagement and integration, Sidhu took over from Dr. Gwen Point, who served as UFV’s second Chancellor from 2015 to the present, following two terms by Brian Minter.

“I’m extremely honoured and proud to join the University of the Fraser Valley in this capacity,” Sidhu said.

“UFV has a rich history of in inclusivity and community leadership. Needless to say I’m very excited to contribute as we move forward together.” 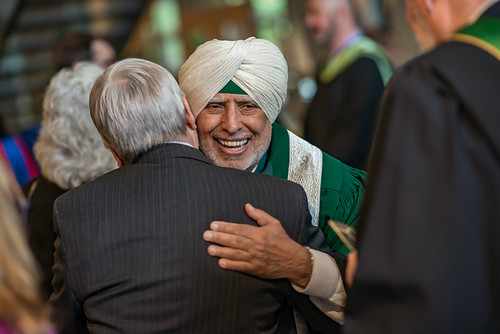 Sidhu received an honorary degree from UFV in 2017 in recognition of his community service.

“Andy is a good friend and strong supporter of UFV and has been for many years. A long-time member of the South Asians Studies Institute board, Andy has deep connections and roots in the Fraser Valley region and has the ability to advocate for UFV with the diverse community throughout the Valley. We’re very happy to have him joining us in this role.” 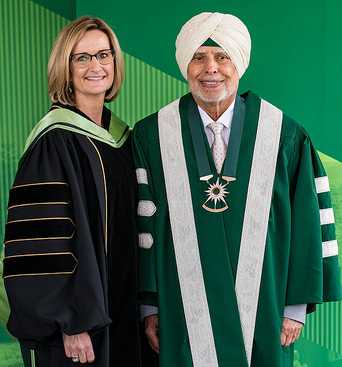 “In Andy Sidhu, the UFV Board of Governors welcomes an experienced community leader with deep international experience,” added Pankratz.