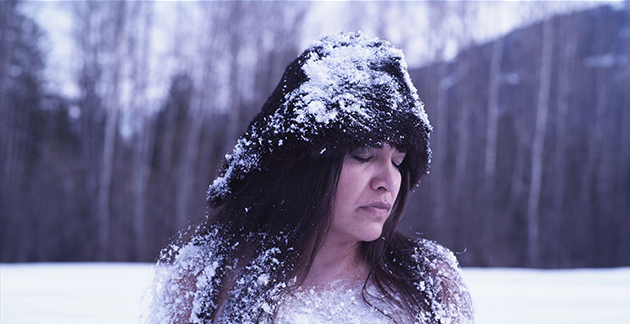 The UFV Indigenous Film series concludes on April 4 and 5 with a screening of three films by Helen Haig-Brown, an award-winning Tsilhqot’in director and a leading talent in experimental documentary. Through her creative and critical works in film, she documents a process of cultural revival through contemporary films that are interwoven with traditional storytelling practices.

ʔEʔanx ~ The Cave, is a Sci-Fi adaptation of a traditional Tsilhqot’in story. It was named to Canada’s Top Ten Shorts by TIFF and was an Official Selection at Sundance Film Festival.

In 1989 Powwow Highway flopped on the big screen but then rose from the dead, on VHS players in Indigenous homes across North America. With sets made of cardboard and tin cans, bad wigs, ugly jeans, plaid shirts and braids, a group of friends acts in and directs this tribute to the classic Indian movie of their childhood, with the low-budget cult hit, Powwow Driveway.

With a colorful blend of live-action footage, animation and verite-style interviews, My Legacy weaves together music, traditional storytelling practices while also healing intimate relationships,. For many survivors and intergenerational survivors of Indian Residential School, reconciliation is firstly a deeply personal transformational journey of recovery and healing from intergenerational trauma. It is a process of relearning trust, worth, intimacy and love for the very families that were torn apart. My Legacy is a story that highlights the strength and beauty that has carried on in her family.

This event is presented by Indigenous Affairs and the Office of the Vice Provost, with support from the Teaching and Learning Centre. 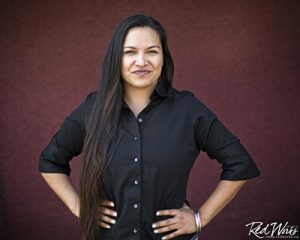 Helen Haig-Brown (Tsilhqot’in) is an award-winning director and a leading talent in experimental documentary. Her work has aired on APTN, CBC, Knowledge, NITV (Australia) and has been showcased around the world at film festivals such as Berlinale, Rotterdam and Sundance.

Helen’s latest work, co-directing with Gwaii Edenshaw, Sgaawaay K’uuna: Edge of the Knife, is a feature film produced on Haida Gwaii, entirely in the Haida language. A joint production between the Council of the Haida Nation and Isuma’s Zacharius Kunuk, Sgaawaay K’uuna is the story of the Gaagiixid, the iconic Haida wild man.  Helen is a graduate of Capilano’s Indigenous Independent Digital Film program and lives between her traditional territory in British Columbia’s Cariboo Chilcotin and her partner’s traditional home of Haida Gwaii.