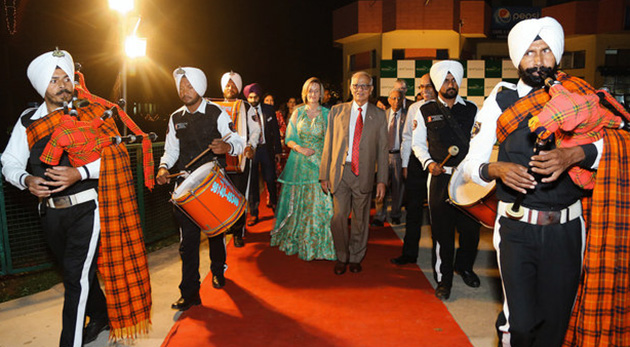 The delegation hit the ground running with a morning seminar for prospective UFV India students. Over 100 prospective students, along with their parents, filled a large auditorium to learn about their options for studying at UFV’s Chandigarh and Canadian campuses. 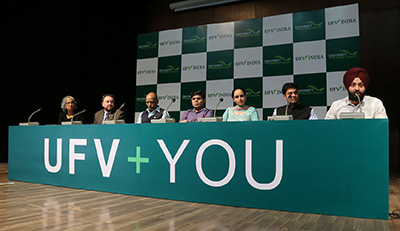 Current UFV students had the opportunity to show off their business acumen in a presentation to the delegation. Successful business operations are characterized by passionate leadership, disciplined risk taking, and calculated decision making. UFV India Business students embodied those characteristics when they built a real-world clothing accessories company called TAGS as part of UFV India’s student company program. Students were quick to comment on how the program had better prepared them for the business world and future entrepreneurial endeavors.

Later that day, faculty, staff, and area partners gathered at the Taj Hotel Chandigarh to celebrate the successes and future ambitions of UFV India. Hogan addressed the audience noting, “we’ve come a long way in the past decade. Together we’re creating more than state-of-the-art programs and facilities. We’re building careers, communities, and providing the building blocks from which the next generation of leaders will reach even greater heights.”

On their third day, the delegation toured Chandigarh and met with department heads and faculty. 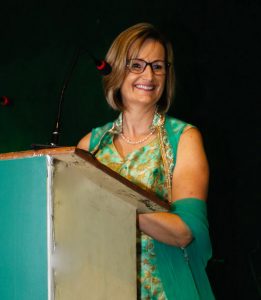 The UFV India chapter of the UFV Alumni Association was highlighted at an event that invited participants to share what they’d say in a letter to their 18-year-old self. A panel of five accomplished UFV India alumni answered the call and presented their letters to an engaged audience of students during an evening alumni and student engagement event. View highlights from the discussion on UFV India’s Facebook page.

The delegation’s visit culminated in the annual awards ceremony.

Nearly 600 students, alumni, parents and faculty put on their finest suits and saris for the 12th annual ceremony. In addition to celebrating student success, the event showcased UFV India’s unique story as a Canadian post-secondary institution operating a campus in Chandigarh.

INR 573,000 ($11,200 Canadian) in student scholarships were awarded by UFV under the categories of High-Achieving Students, Continued Academic Excellence, and Outstanding Academic Achievement.