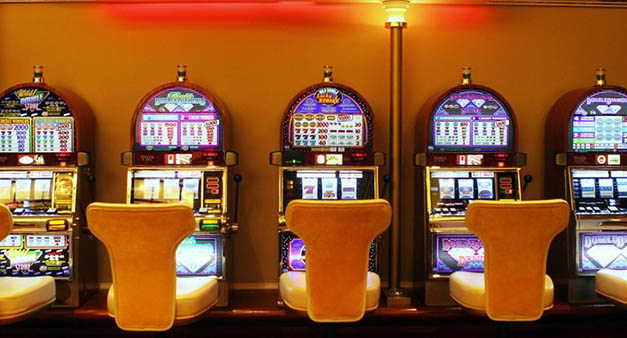 We all struggle with willpower when dealing with our addictive tendencies. Keeping our hand out of the cookie jar if we’re dieting. Staying away from cocktail hour if we’re trying to stop drinking, or avoiding the casino if gambling is the issue.

And a new rule preventing gamblers from keeping the jackpot if they win at the casino while part of a Voluntary Exclusion program may be helping problem gamblers resist temptation.

Researchers from the University of the Fraser Valley recently released a report, conducted in partnership with the British Columbia Lottery Corporation (BCLC), on the effectiveness of a program designed to help people take a break from gambling. This is the second study by UFV faculty members Dr. Irwin Cohen and Dr. Amanda McCormick evaluating BCLC’s Voluntary Self-Exclusion program.

In BC, people who struggle with an addiction to gambling can get help by choosing to exclude themselves from casinos and government online gambling sites. Upon entering a self-exclusion agreement with BCLC, the client agrees not to enter the gaming floors of any casinos, bingo halls, or horse racing facilities where gambling occurs for the agreed upon period of time. In turn, BCLC agrees to remove the gambler’s name and address from their mailing lists, prevent them from gambling at the official PlayNow.com site, and attempt to detect them should they try to enter gaming floors in British Columbia while excluded. 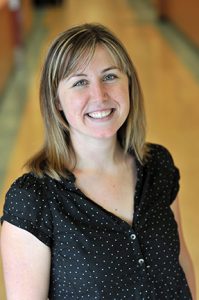 “We were pleased to find very high levels of program satisfaction among participants,” notes Dr. Amanda McCormick, who co-authored the study along with her UFV colleague Dr. Irwin Cohen and SFU colleague Dr. Garth Davies. “The individuals involved report that this program is very helpful to them as a gambling management tool. Key successes include a substantial reduction in symptoms of problem gambling and a desire to re-enroll because it works so well for them as an ongoing gambling deterrent.”

After six months in the program people were reporting a substantial decrease in problem gambling symptom levels.

“Using the Problem Gambling Severity Index tool, at the beginning of their enrolment most people scored at a severe risk of gambling problems level. When we checked in with them six months later, they mostly scored in the low-risk level, with 20 percent at the no-risk level.”

The study also found that fewer respondents than in a previous study conducted by the UFV researchers in 2011 reported attempting to violate the terms of the exclusion agreement by entering a casino.

“One major change to the program introduced by BCLC is that if you win a jackpot in a casino while you are excluded, you will not be able to claim it,” says McCormick. “It will instead be paid out to a pool funding problem-gambling research. That really helps to deter people from trying to go to a casino, partly because a large part of their motivation to violate the agreement is the temptation of financial gain.”

Largely because of this change, the percentage of participants who attempted to violate their agreement decreased from 35% to 25% between 2011 and 2015, McCormick notes.

The study recommends improvement in detection methods for gamblers attempting to enter a casino, including asking all patrons for ID upon entering, or using facial recognition software. 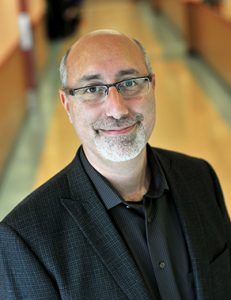 The UFV researchers also recommend more promotion of the Voluntary Self-Exclusion program to increase chances of people becoming aware of it before they spiral too deeply into problem gambling.

“It would be helpful to do more marketing outside of the casinos themselves so that friends and family members of problem gamblers are more aware of it and can recommend it to the people they care about,” said McCormick.

It also recommends better promotion of the counselling services associated with the program.

“We’d really like to see more people taking advantage of the counselling that is available, and have recommended better promotion of this option and perhaps introducing incentives.”

Julie Shuker, a UFV graduate student who has since completed her Master of Arts in Criminal Justice, acted as project manager for the study, coordinating and conducting interviews with the participants. Former Criminal Justice degree students Justin Hohne and Thomas Malinowski (who have graduated since working on the study) and Dr. Martin Silverstein, professor emeritus, also conducted interviews with the more than 300 program participants who participated in the most recent study.