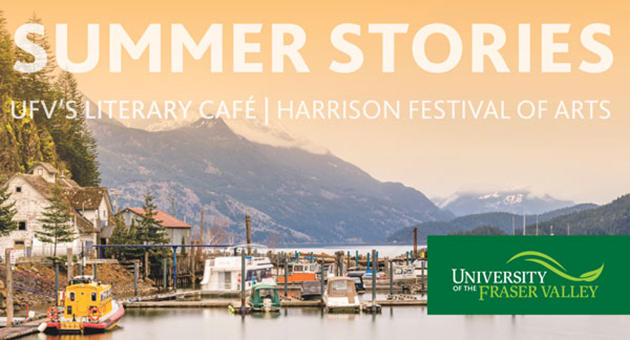 UFV’s Literary Café at the Harrison Festival of the Arts offers an intimate opportunity to get up close and personal with some of the west coast’s brightest writers and poets.

Join us on July 10 for an evening of summertime stories that celebrate nature in beautiful British Columbia.

This year we introduce a vibrant mix of rock stars, writers, poets, educators, and eco-activists whose works are featured in the recently released collection, The Summer Book, published by Mother Tongue Press.

UFV alumna and Raspberry Magazine editor Katie Stobbart will host this year’s event. The Literary Café is sponsored by UFV’s Department of Continuing Education and the Kuldip Gill Writing Fellowship.