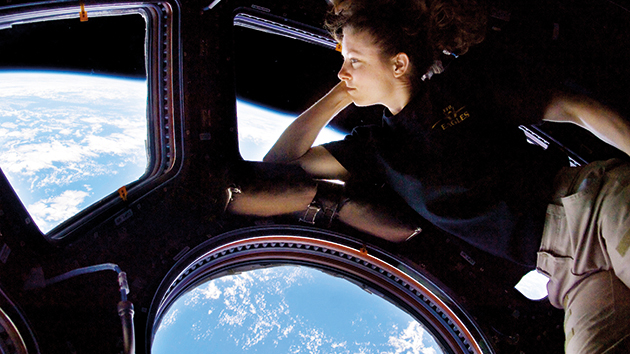 NASA astronaut Tracy Caldwell Dyson, Expedition 24 flight engineer, looks through a window in the Cupola of the International Space Station.

It began with an earthbound observation about why one team was so much better than another.

“It all started with volleyball in high school,” Dr. Jelena Brcic recalls. “I played on one team that had an average skill level but really kicked butt. Then I was on another one that had some excellent individual players, but didn’t gel as a team. I was wondering why some teams perform better than others. This got me interested in psychology. Once I started my undergraduate education, I had fallen in love with studying how people interact in groups.”

Now, Brcic’s fascination with how people connect knows no limits.

Her curiosity has led to cutting-edge socio-psychological research on how humans cope in extreme unusual environments (EUEs) — including in space. 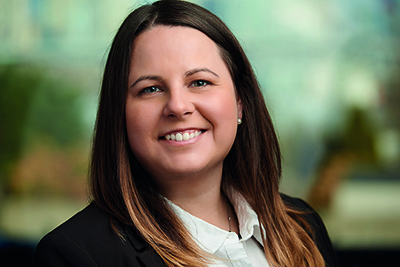 As an assistant professor at UFV, she brings it all back down to Earth, applying her knowledge to teaching human resources management in the UFV School of Business.

When she started considering graduate studies, she heard about the opportunity to work on the topic of team dynamics in space at the University of British Columbia with Dr. Peter Suedfeld.

“I just thought ‘how cool is that?’ and from then on I was ALL IN,” she recalls with characteristic effusiveness.

Throughout her graduate work, she was part of the research team led by Suedfeld and Dr. Phyllis Johnson and worked on At Home in Space, a study conducted on the International Space Station and funded by the Canadian Space Agency.

“The idea was sparked at a space conference in Moscow back in 2009,” she says. “A group of us thought of the topic of how astronauts make their environment home-like, and we started writing ideas on the back of a napkin. I was there for the beginning as a young graduate student and am still involved with the team at UBC. It took until 2015 for us to start collecting data.” 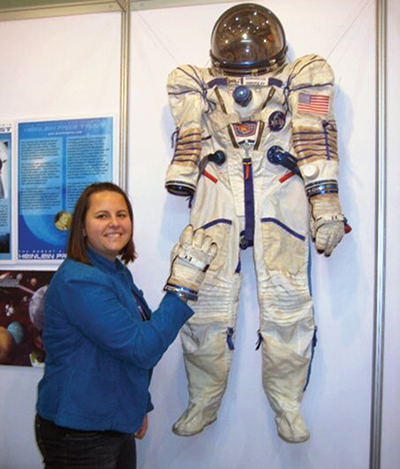 Brcic is part of an interdisciplinary research team examining how astronauts create a home in space, how they cope with the stressful environment, and whether a unique space culture develops among the crew at the International Space Station.

Researchers are hoping to have 12 participating astronauts from several countries answer questionnaires before, during, and after their missions.

“Astronauts are a special and rare breed and a very small portion of the human population, so having 12 of them agree to be interviewed would give us some real insight into how humans cope with long stints in space.”

Space is not the only place that Brcic’s research has taken her, figuratively speaking.

For her PhD dissertation, she applied the topic of coping and motives in extreme unusual environments to mountaineers on Everest expeditions, military units, and search and rescue groups.

“We wondered if their approaches to coping with stress and challenges would differ in terms of leadership or because of the different environments, and also what motivated them,” Brcic says.

She and her team conducted a thematic content analysis, studying documents such as journals, books, and blogs recounting the experiences of teams in EUEs.

“There had been a lot of research in silos, but none looking comparatively across these different types of groups,” she notes. “There are two ways of coping with stress: a problem-oriented approach where one deals with the problem at hand, and an emotion-oriented approach in which they would try to reframe the problem.”

“All the groups we studied mostly relied on a problem-oriented approach with flexibility of coping when appropriate. It was nice to see them coping in what I assumed was a ‘healthy’ way. We found that their main motivators were, first, mastery achievement, then affiliation, and then power. And we all became fascinated with the narratives of the mountaineering expeditions, rooting for them on their journey.”

Brcic’s current research is still connected to our final frontier of space. 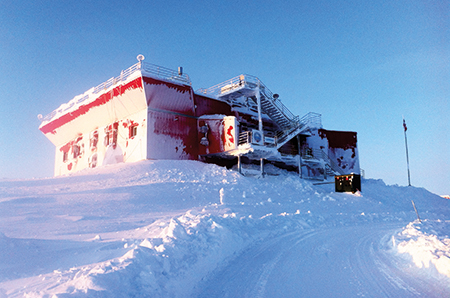 This year she received a three-year $200,000 grant from the Canadian Space Agency to study group functionality in space by studying analogous environments on Earth.

Her research will take her to one of Earth’s most isolated outposts next winter: the Canadian weather station at the Eureka research base on Ellesmere Island in Nunavut.

“Since there are so few opportunities to conduct research in space, we are learning about space functionality by studying extreme environments on land. People who work at Eureka spend long times in small groups, isolated and away from their families, immersed in darkness for part of the year. We want to see how they create a home away from home, and how a community develops.”

Management of employees from a distance is another aspect of the research applicable to space.

“Autonomy is very important in this context,” she notes. “You can’t micromanage if you’re sending people to Mars, as humankind hopes to one day. You have to let them make decisions. The same applies to remote locations like Eureka.”