Reluctant Rebellions: New and Selected Non-fiction, to be launched at UFV on Sept 29. The author is available for other BC and Alberta engagements. 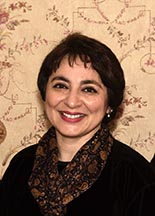 The University of the Fraser Valley’s long association with writer Shauna Singh Baldwin will be strengthened this fall when the university’s Centre for Indo-Canadian Studies publishes Baldwin’s first work of non-fiction.

In Reluctant Rebellions, Baldwin presents new and selected non-fiction on the act of writing as a feminist author, and about the resistance of cultural communities to false presumptions and definitions imposed by the dominant community.

Baldwin and UFV will formally launch the book at a reading and reception at the UFV Centre for Indo-Canadian Studies on Thurs, Sept 29 at 6pm.

In 15 speeches and essays written between 2001 and 2015, Baldwin brings a new perspective and voice to Canadian public discourse. Offering examples from her personal journey as a writer and a South Asian woman born in Canada, married to an American, living in the United States, and with strong ties to India, Baldwin transcends homogenized national identities and is an example of a truly global citizen.

“There are two grand themes in this collection of essays, both very relevant to stakeholders associated with our Centre for Indo-Canadian Studies,” notes CICS director Satwinder Bains. “One is the reality of living as part of the South Asian diaspora, and responding to the dominant culture. The other is the importance of feminist viewpoints within this context.”

From the first essay exploring links between the India’s 1947 Partition and nostalgic and lived realities, Baldwin passionately engages with the twists in life and logic. In the next, she explores the role of conflict on the page, then love as ingredient for storytelling, and love as the legacy of a Resistance spy. Whether she’s exploring how to write in a time of terrorism and for whom, or comparing the power of one person to destroy or create, Baldwin is creative, edgy, critical, and never dull.

Addressing misogyny in her three countries, she proposes feminine interpretations of epic tales. She tells us why names matter, asks us to remember a single word that can move us toward wholeness, and tells of the difficulties of using English to tell stories about people of non-Abrahamic religious origins.

Finally, in the title essay, she calls to South Asian women who do not yet call themselves feminists, with words that resonate from her fiction: “I resist, therefore I am.”

“I am delighted to present these essays and speeches as a collection for your reading pleasure,” Baldwin says. “May they inspire you to consider, discuss and reengage with our ongoing problems of postcolonialism, feminism and language. And then act for positive change.”

Baldwin has presented readings at UFV several times over the past decade. In 2006 her debut novel What the Body Remembers was chosen for One Book, One UFV, a group-reading challenge at the university.

Reluctant Rebellions: New and Selected Non-fiction will be available on Amazon and Indigo and at the UFV Bookstore and Library.

Baldwin’s first novel What the Body Remembers, the story of two women in a polygamous marriage in occupied India, received the Commonwealth Prize for Best Book (Canada-Caribbean). Her second novel, The Tiger Claw, the story of a Sufi Muslim secret agent searching for her beloved through occupied France, was a finalist for Canada’s Giller Prize and was optioned for film. English Lessons and Other Stories received the Friends of American Writers prize. She is also co-author of A Foreign Visitor’s Survival Guide to America.

We Are Not in Pakistan: stories was published by Goose Lane in 2007. The Selector of Souls: a novel, her sixth book was published  in 2012.