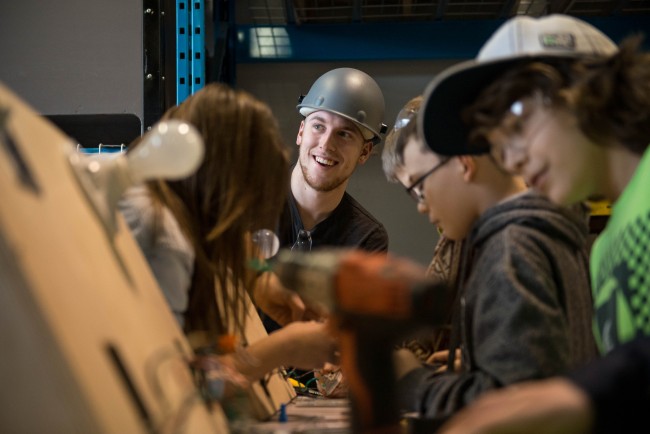 CHILLIWACK: – An additional 32 seats are being added to the electrical program at the University of the Fraser Valley (UFV) as part of the provincial strategy to align training with in-demand occupations that support the provincial economy.

“We are pleased that government recognizes the high-quality training delivered by the faculty in our electrical program and our commitment to both student success and the economic development of our region and province,” said UFV president Dr Mark D. Evered.

The announcement today comes shortly before the two-year anniversary of B.C.’s Skills for Jobs Blueprint, launched by government on April 29, 2014. B.C.’s Blueprint outlines a plan to re-engineer the education system by aligning education and training with in-demand jobs in B.C.

“We expect almost one million job openings in B.C. by 2024, including those in the electrical trades,” said Chilliwack MLA John Martin. “This funding helps to ensure that electrical trades students have the skills necessary for in-demand jobs in their community.”

“Electrical trades are among those projected to be in the highest demand over the next decade in B.C.,” said Chilliwack-Hope MLA Laurie Throness. “By targeting trades seats in the electrical program at the University of the Fraser Valley, those students will be first in line for those careers in the community.”

“This $60,000 investment is one way government is building a skilled workforce in the community,” said Abbotsford South MLA Darryl Plecas. “UFV provides students with excellent training and hands-on experience so they are prepared to meet the needs of trades employers.”

News release issued by the Ministry of Advanced Education