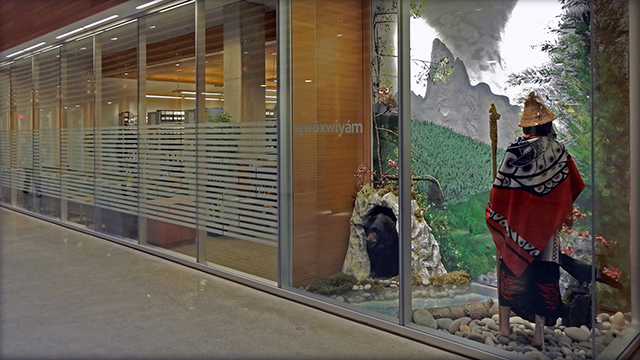 The atrium of the UFV Chilliwack campus will be transformed by the words and songs of Aboriginal storytellers on Wed, Feb 3.

The UFV Chilliwack library and the Indigenous Affairs office are co-presenting an Aboriginal storytelling event entitled Sx̱wōx̱wiyám, Stories of Long Ago. The event is free and the public is welcome.

Stó:lō storytellers will lead the audience through stories about bear, raven, salmon, and owl and the connection to the land and the water.

Storytellers, including David Gutierrez, Mary Sandoval, Glen Malloway, and Joseph Dandurand, will address the audience throughout the day from 11 am to 3:30 pm in the atrium on the Chilliwack campus at Canada Education Park. The opening ceremony will be at 11 am and storytellers will start on the half hours: 11:30 am, 12:30, 1:30 and 2:30 pm. Light refreshments will be served. 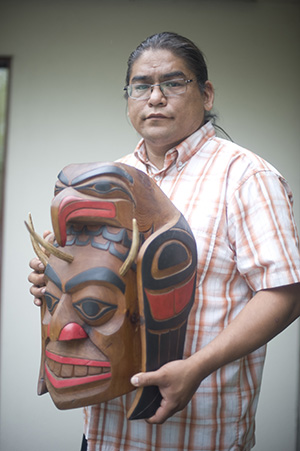 Glen Malloway attended the Social Services program at UFV. He is the youngest of five brothers. His grandfather is the late Richard Malloway and his dad the late Skip Mervin Malloway. Both of these influences in his life led Glen to be well versed in Sto:lo traditions, culture and stories. Glen is a speaker, artist, carver, and storyteller. His passion has been raising his son and daughter.

Mary Sandoval is the eldest child of the late Tillie Gutierrez. From her mother, Mary learned much Stó:lō history. She was almost always present when Tillie would tell stories of the way things used to be and how skunk was always getting up to things. 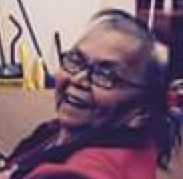 The storytelling is in the deepest darkest parts of all who she is. Mary is a storyteller. But she, like her mother before her, is more than that — she is an historian, a teacher, a witness, and a keeper of the sacred truths. Today Mary is a great grandmother herself, who has raised her family to know our Stó:lō ways.

Joseph Dandurand is a member of Kwantlen First Nation, where he lives with his three children. He received a diploma in Performing Arts 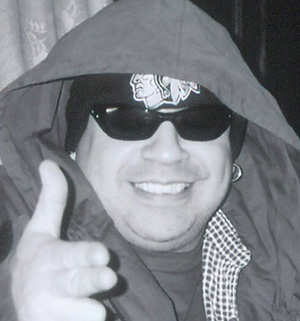 from Algonquin College and studied theatre and direction at the University of Ottawa. His produced plays include Crackers and Soup (1994), No Totem for My Story (1995), Where Two Rivers Meet (1995), and Please Do not Touch the Indians (1998), for the Red Path Theater in Chicago, (1999) for the Algonquin Theater in Connecticut, (2000 and 2006), for the Debajemejig Theater in Ontario (2001), and at the Autry Theater in Los Angeles California (2004). Joseph has also authored a radio script, St Mary’s, which was produced by CBC Radio in 1999.

David Gutierrez is the youngest male child of the late Tillie Gutierrez. David more than tells stories, he sometimes acts them out. If you let yourself imagine, David will become the Bear, the Eagle and the Salmon in his stories. David has followed the path of storyteller as it was a gift from birth. David, like his sister Mary, was always near when Tillie would tell stories. David accepted his gift and travelled with his mom to the schools, the university, many communities, conferences and workshops where he would “tag team” telling stories with his mom and others.

The event is presented by the UFV Library in partnership with the Indigenous Affairs office. The Indigenous Student Centre will be hosting the storytellers. AVP Academic Peter Geller and university librarian Kim Isaac will introduce the speakers.