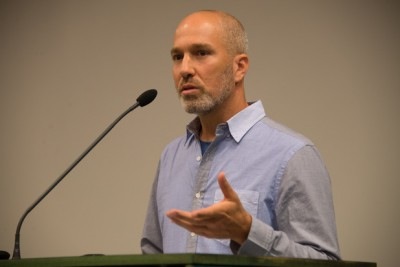 Yonatan Shapira spent 12  years in the Israeli Air Force. During his service, he witnessed Israel’s state-sanctioned human rights violations and attacks on civilians in Palestine. For reasons of conscience, in 2003 Yonatan and a number of like-minded Israeli Air Force pilots refused to fulfill their missions of targeted assassinations in Gaza. He eventually left the military, claimed conscientious objector status in Israel, and began to work in active peace-building.

Yonatan currently focuses on raising awareness of human rights violations in Israel’s occupation of Palestine. He lectures in Israel and internationally, and appears in documentaries related to the topic, including Little Town of Bethlehem, which will be shown at the beginning of the event at UFV. The lecture that follows will highlight Yonatan’s journey from the air force to peace activism, and the central aspects of his peace-building work in Palestine/Israel.