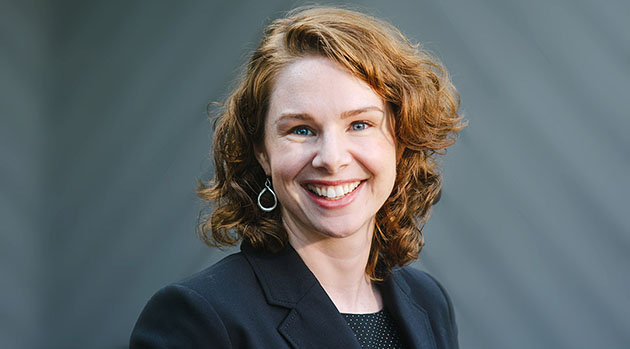 British Columbia has had a number of notorious, extremely complicated, and lengthy criminal cases go before the courts in the past decade.

Two of them stand out for the particularly nefarious nature of the purported crimes: the trial of serial killer Robert (Willy) Pickton, and the recent Surrey Six proceedings, in which several young men were accused of involvement in the killing of rival gang members and innocent bystanders inside a Surrey condo.

Crown counsel Kathleen McIntosh (BA Crim ’02), one of UFV’s Top 40 alumni, was immersed in both trials for years.

“I always knew I wanted to be Crown counsel, but I would have never foreseen that that I would work on such high-profile cases,” McIntosh notes.

She acknowledges there’s a certain satisfaction in seeing the bad guys prosecuted and put away.

“I love working in a career that I have such a passion for.”

McIntosh was the governor general’s silver medal winner in 2002, when she earned her BA in Criminal Justice.

“I planned to stay two years at UFV and then transfer to SFU, but I loved it so much I ended up staying for my whole degree. I wanted to attend post-secondary at a university where I would thrive, and that turned out to be UFV. I do well in a small setting.”

She was placed at the Surrey Crown Counsel office for one of her criminal justice practicums. That is where she now works when not on special assignment for high-profile trials.

Her career suits her personality.

“I have a natural curiosity about life, and enjoy engaging with people on a basic level. I do a lot of that in my job, and I got a good grounding in doing so during my years at UFV,” she notes.

“My time at UFV was incredibly rewarding in so many respects. I made excellent friends. I was taught by knowledgeable and experienced faculty. I also learned important life lessons that have served me well: work hard, have fun, get involved, and dream big.”

UFV supports Harrison Festival of the Arts with two evenings of events
UFV Top 40: Sherry Mumford — The courage to come to college led to career in addictions field